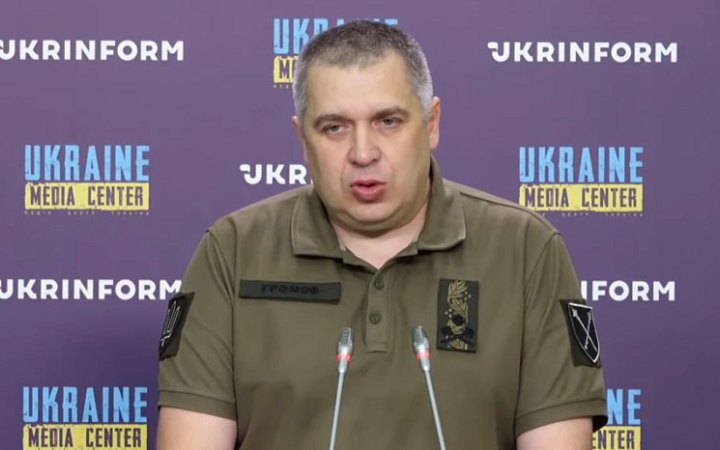 The main objectives of the russian occupiers are to reach Donetsk Region's administrative border and maintain control over the occupied parts of Kharkiv, Zaporizhzhya, Mykolayiv and Kherson, as well as to ensure the functioning of a land corridor between Rostov Region and occupied Crimea, the deputy head of the Main Operational Directorate of the General Staff of the Armed Forces of Ukraine, Oleksiy Hromov, has said at a briefing, according to an LB.ua correspondent.

Hromov said the enemy is using the so-called Syrian experience of total destruction of civilian infrastructure and civilians, primarily through missile and air strikes.

"The enemy continues to prepare to seize new territories in the east and the conduct long-term combat operations. It is building up its forces in the Zaporizhzhya and Kherson directions. Thus, Russia has moved three battalion-tactical groups, which had been performing tasks in the Novopavlivsk direction, as well as one group in the Zaporizhzhya direction, to the Kryvyy Rih direction," he noted.

He also said that the russians are replenishing weapons and supplies in the Kherson and partially Zaporizhzhya (Melitopol) directions by railway - via the Kerch bridge and the territory of Crimea. The russians are using Crimea as a bridgehead to accumulate weapons, military equipment and ammunition. There is also a regrouping of Russian aviation equipment there.

Russia is forming additional reserves for the war in Ukraine to replenish its troops that have suffered losses. Also, to stop the outflow of personnel, the russian leadership is preparing legal changes to ban dismissal from service during martial law.

In addition, a rollback of russian troops from Syria is being considered to replenish the army.