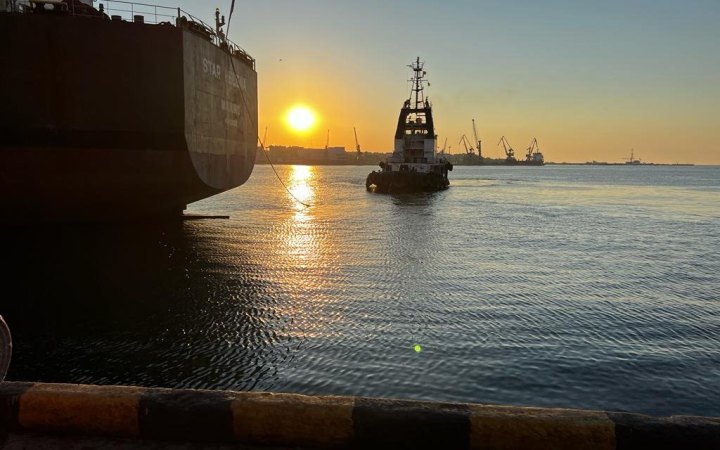 The second caravan with agricultural products was dispatched from Odesa Region ports on 7 August.

Three ships departed from Chornomorsk, one from Odesa, the Ukrainian Infrastructure Ministry has said on Facebook.

"The four bulkers MUSTAFA NECATI, STAR HELENA, GLORY and RIVA WIND have almost 170,000 tonnes of agricultural products on board," it said.

On 22 June, Ukraine and Turkey signed an agreement under the auspices of the UN secretary-general to unblock the export of Ukrainian grain and grain products. A mirror agreement was signed by russia. The continuation of the russian blockade of Ukrainian exports threatened famine in Latin America, Asia and Africa.

On 5 August, the first caravan set sail from Odesa ports. Three ships with 57,000 tonnes of Ukrainian corn left for Turkey, the UK and Ireland.

In Turkish ports the vessels are inspected by the Turkish side. The russians are not included in this.