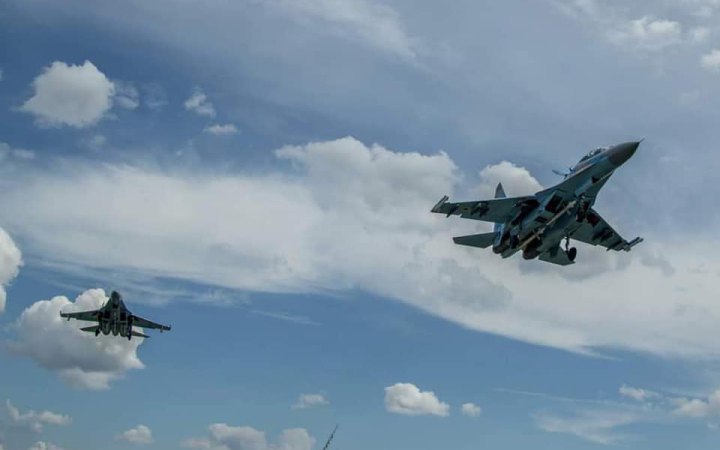 Ukrainian aviation has carried out 32 strikes on Russian positions in occupied territories today, the General Staff has said on Facebook.

As a result, 17 clusters of Russian manpower and military equipment, four strongholds, 10 positions of anti-aircraft missile systems and one train with ammunition have been confirmed to have been hit. Ukrainian air defence units also destroyed one cruise missile and three enemy UAVs.

The occupiers carried out five missile and 11 air strikes on Ukrainian territory and 17 shelling attacks on military and civilian facilities from MLRS. As a result of the shelling, the infrastructure of more than 30 settlements was damaged. These include Kharkiv, Slovyansk, Pechenihy, Pokrovsk, Poltavka, Bilohorivka, Nevelske, Maryinka, Myrolyubivka and Vysokopillya.