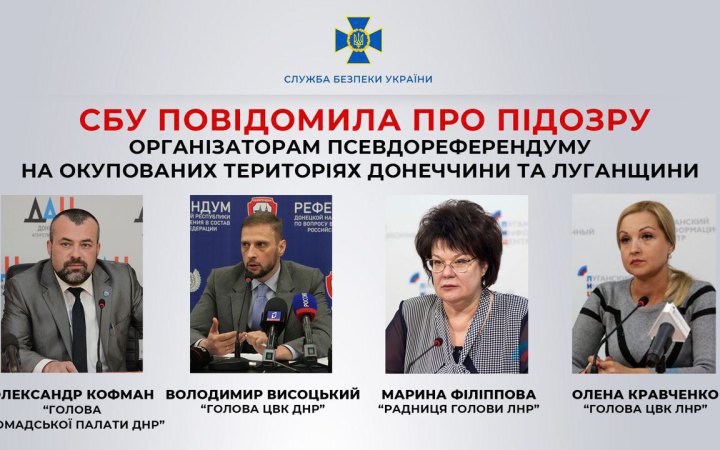 The Security Service of Ukraine established and collected thorough evidence base on the organizers of the russian pseudo-referendum in the temporarily occupied territory of Donetsk and Luhansk Regions, the SSU press service reports.

The following persons have been notified of being suspected:

The SSU investigators suspect these persons of committing crimes under two articles of the Criminal Code of Ukraine: Part 5 Art. 111-1 (collaboration) and Part 2 Art. 110 (encroachment on the territorial integrity and inviolability of Ukraine). They will be put on the wanted list in the nearest future.

The Security Service of Ukraine established that these individuals played key roles in organizing and conducting a fake plebiscite in Eastern Ukraine.

They, in collusion with other persons, sent to the so-called heads of the L/DPR an appeal with the initiative to hold a fake referendum in the temporarily occupied territories of the enemy, and also offered immediate separation from Ukraine and accession to russia," the SSU reported.