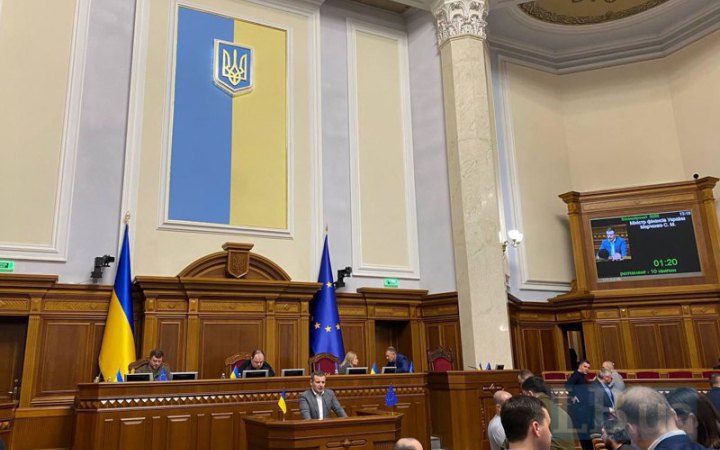 Parliament adopted the bill on the state budget of Ukraine for 2023 as a whole at its meeting on 3 November.

The bill in the second reading and as a whole was supported by 295 MPs, Voice MP Yaroslav Zheleznyak said.

"Abstained - 35. Against - 0. This is a record for the early adoption of the budget in the history of Ukraine. Now we hope that international partners will appreciate our punctuality and fully finance the planned - also record-high - deficit of $38 billion," he said.

Earlier, Zheleznyak explained that some of the main parameters of the budget had changed for the second reading. Revenues increased to UAH 1.3 trillion (+ UAH 50 billion to the first reading). Expenditures increased to UAH 2.6 trillion (+ UAH 66.8 billion). The budget deficit limit is set at 20.6% of GDP or UAH 1.3 trillion (approximately USD 38 billion). The limit of the state debt is set at UAH 6.4 trillion.

As for the social sphere, the minimum wage is planned at the level of UAH 6,700, and the subsistence minimum is UAH 2,589.