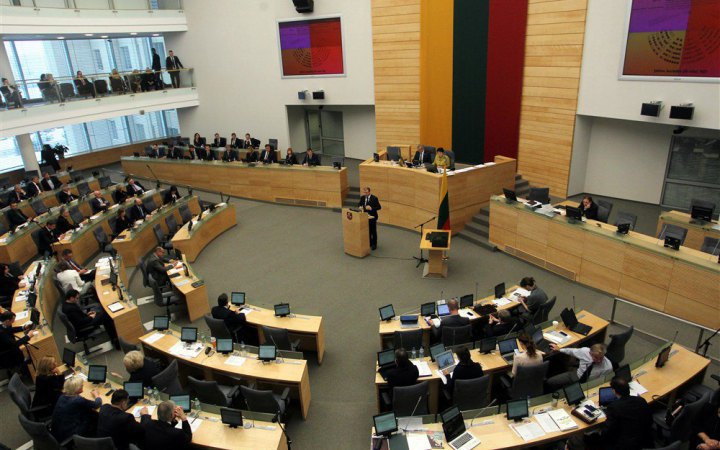 The Seimas of Lithuania has adopted a resolution condemning sexual crimes committed by the Russian military in Ukraine, bringing the perpetrators to justice and assisting the victims, the Seimas website states.

The resolution was submitted to the Parliament by MP Eva Pakarklite. According to her, the UN Commission of Inquiry confirmed more than a hundred sexual crimes committed by Russians, and the actual number of sexual crimes is likely to be much higher.

"Ukrainian women, speaking about sexual violence by the Russian military, talk about cases when Russians came armed not only with rifles but also with Viagra, which is a clear indication that sexual crimes are committed systematically. UN representatives also say that sexual violence is part of Russia's military strategy," she stressed.

Pakarklite emphasizes that it is important to understand that these sexual crimes are committed not only against women, both women and men, as well as children, become the victims.

The Seimas calls for further active efforts of Lithuanian institutions to achieve justice for all perpetrators, including the leaders of Russia and Belarus, for their contribution to the organization and execution of war crimes and crimes against humanity.

"With this resolution, we call on the Member States of the European Union and other international partners to join the initiative of the Baltic States to establish a Special International Criminal Tribunal to bring Russia's political and military leaders to justice for the crimes of aggression in Ukraine," Pakarclite said.

It should be noted that sexual violence in the time of war is considered a criminal act classified as a crime against humanity and a war crime under the provisions of the Rome Statute of the International Criminal Court.

The National Police opened more than 41 thousand criminal proceedings on the facts of war crimes of the Russian military.