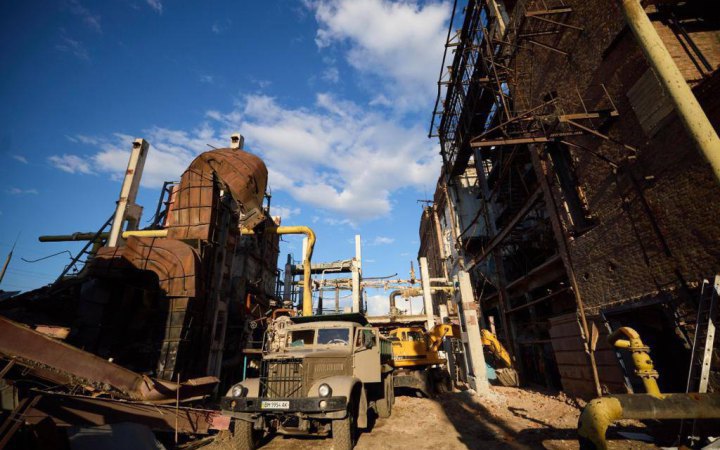 Since the beginning of Russia's full-scale invasion, more than 400 critical infrastructure facilities supplying energy and heating have been damaged, Prime Minister Denys Shmyhal has said at a meeting of the Cabinet of Ministers, according to the government portal.

Most of the damaged facilities are boiler houses.

"Mostly in Kharkiv, Kyiv and Donetsk regions. Terrorists also put out of service a number of power units at TPPs and CHPPs. We are trying to restore everything quickly," he added.

Over the past five weeks, the Russians have shelled dozens of Ukrenergo substations, more than 10 generation facilities. Some of them came under fire several times. Thus, the prime minister stressed, it is necessary to be "ready for different scenarios and even emergencies".

"First of all, such readiness should be achieved by local authorities in the form of an extensive network of heating points. Each head of the regional military administrator, every mayor and head of the community is personally responsible for preparing for severe winter trials," Shmyhal said.

Kyiv, as well as Kyiv and Kharkiv regions are currently facing the most difficult situation in terms of electricity supply.