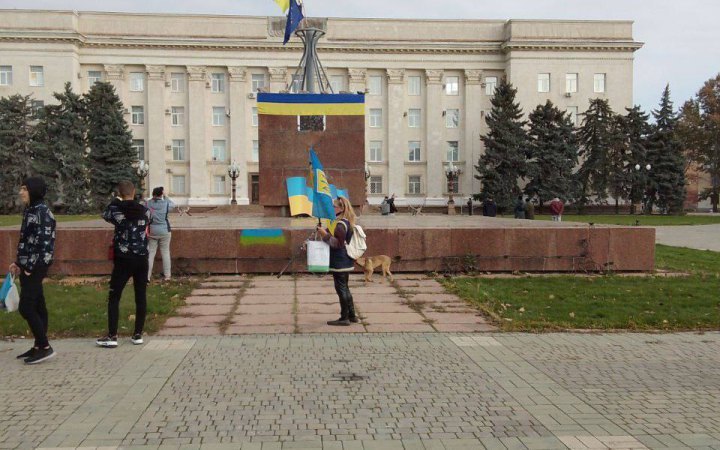 In the centre of Kherson, local residents took to the streets with Ukrainian flags. The blue and yellow flag was installed near the building of the Kherson regional administration.

People, including children, were standing along the road with flags in their hands. The corresponding photos were published by the Most:Kherson Telegram channel.

The Ukrainian authorities are to provide official information on the situation in Kherson.

Courageous Kherson residents during the occupation protested, showing disagreement with the establishment of the occupational "authorities". In addition, there is a powerful resistance movement in the region.