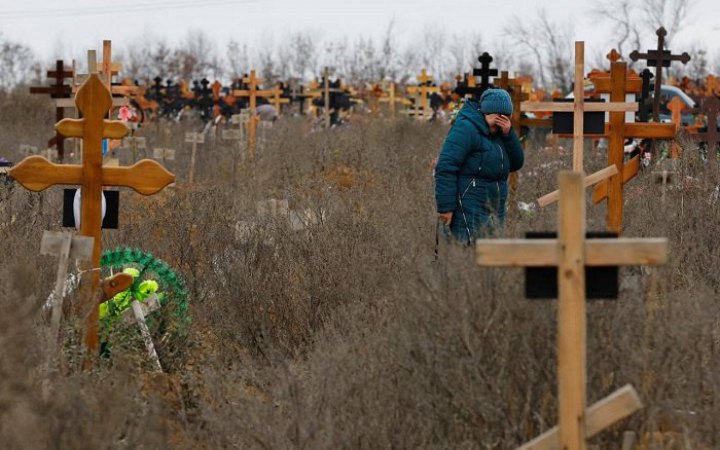 More than 9,400 civilians were killed and about 6,800 injured as a result of Russian shelling of civilian facilities on the territory of Ukraine, First Deputy Interior Minister Yevhen Yenin has said on the air of the nationwide telethon.

As Russia continues strikes against critical infrastructure, there is no power supply in 507 settlements in eight regions of Ukraine. Kharkiv Region suffers the most, where 112 settlements are de-energized, Donetsk and Kherson regions - more than 90, Mykolayiv Region - 82, Zaporizhzhya Region - 76, Luhansk Region - 43.

The civilian death toll grows daily due to the attacks too.

"According to the National Police, more than 9,400 civilians were killed and about 6,800 more were injured. Unfortunately, there are children among them: 461 children have died since the beginning of Russia's invasion of Ukraine," Yenin said.