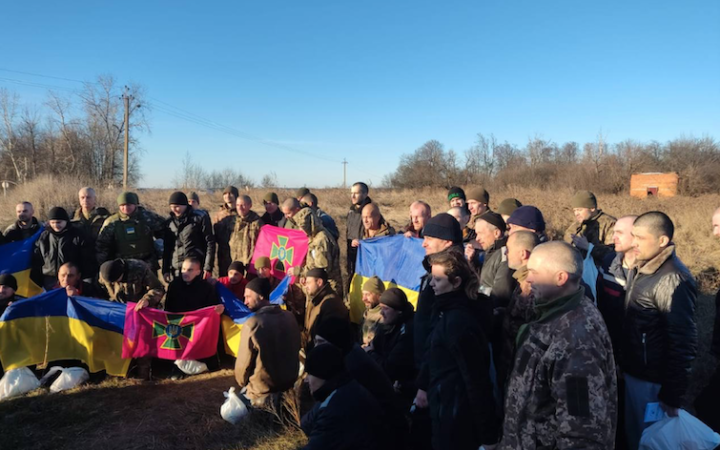 Ukraine returned 60 servicemen from Russian captivity: 58 men and two women, the Head of the President's Office Andriy Yermak reported on Telegram. Among the released are soldiers of the Armed Forces, the National Guard, and border guards.

"And we continue to return Mariupol defenders - today's "list of 60" includes 34 of them, including 14 from Azovstal. There are wounded who will receive all the necessary assistance in Ukraine. There are those who were held on the Russian territory, as well as those who were in Olenivka," he wrote.

During the previous exchange of prisoners, which took place on 1 December, fifty Ukrainian troops returned home. Among them are Mariupol defenders, including those held by the enemy in the colony in Olenivka.