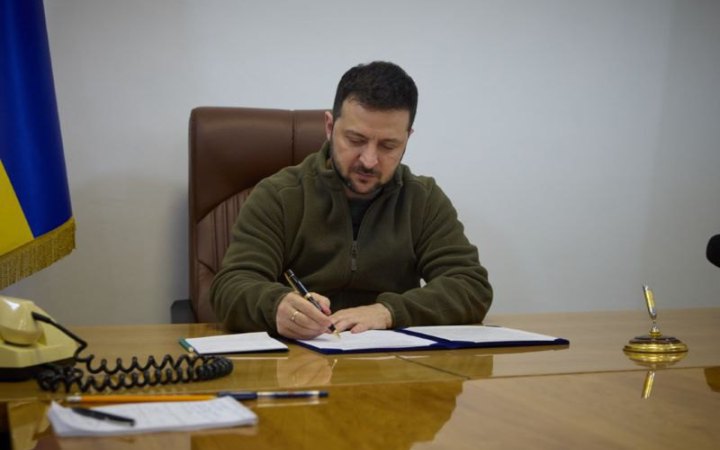 On 24 January, President of Ukraine Volodymyr Zelenskyy signed a law that strengthens the responsibility of the military for their offences, according to the card of bill No. 8271 on the Verkhovna Rada website.

The law amends Articles 69 and 75 of the Criminal Code of Ukraine to exclude the possibility of imposing a lighter sentence than provided by law and exemption from serving a sentence on probation.

The provisions of Articles 172-10 to 172-20 of Section 13-B of the Code of Ukraine on Administrative Offenses have also been amended to detail the essence of the offences. At the same time, the level of sanctions for committing military administrative offences has been increased.

In addition, the Code of Administrative Offenses has been supplemented with articles stating that the Military Law Enforcement Service of the Armed Forces and military units will be able to authorize officials to examine servicemen, persons liable for military service and reservists during training and service for alcohol, drug or other intoxication using technical means and tests.

The Verkhovna Rada passed the bill on 13 December 2022. Afterwards, civil society organizations and human rights activists called on President Volodymyr Zelenskyy to veto it, saying that the bill would "cause violations of the right to a fair trial and discrimination against the military themselves."

The ZMINA Human Rights Centre noted that the bill was approved without public discussion or at least an attempt at public communication. In particular, it worsens the right of the military to judicial protection and restricts judges from taking into account all circumstances when passing a guilty verdict in war crimes cases. This, according to the public, is a violation of the rule of law, as well as equality before the law and the courts, and discrimination against the military based on their professional status.

Among other drawbacks, the law does not provide for the possibility of involving witnesses or the presence of a commander during the examination of conscripts and reservists during training, as well as military personnel for alcohol, drug or other intoxication or being under the influence of drugs that reduce attention and reaction time.

At the same time, the bill was supported by the Commander-in-Chief of the Armed Forces of Ukraine, Valeriy Zaluzhnyy.