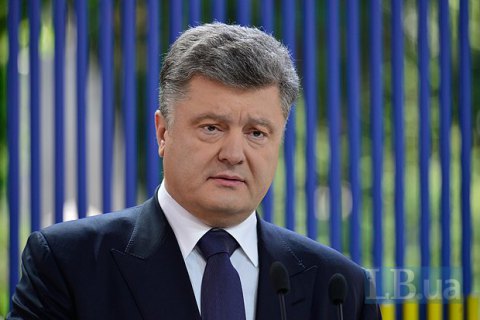 Russia has been preparing for the seizure of Crimea since 1991, a threat which the Ukrainian authorities had underestimated, Ukrainian President Petro Poroshenko said on the occasion of the second anniversary of resistance to the Russian occupation of Crimea.

"We use the term 'annexation' only as an international legal definition of the issue. Speaking more emotionally and figuratively, it is better to use the word 'Anschluss'. Historical parallels are too expressive and absolutely relevant here," Poroshenko's statement published on his official website reads.

He said that Crimea would be an integral part of the state of Ukraine once again, the main precondition for this being "the faster economic development of Ukraine, its democratic institutions and human rights protection mechanisms, as well as the increase in the level and quality of life".

He instructed the National Security and Defence Council to hold a special session to clarify Ukraine's strategy for the reintegration of Crimea. He added that he expected the Cabinet of Ministers to provide a detailed schedule for the protection of Ukraine's national interests in the international courts.