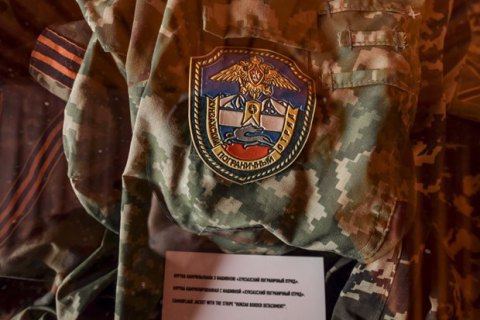 Russia has lost 1,600 servicemen since the start of the ATO in Ukraine's Donetsk and Luhansk regions, the head of the Security Service of Ukraine (SBU) chairman's office, Oleksandr Tkachuk, has said at a briefing.

"According to our information, 1,600 servicemen of Russian citizenship have been killed in the occupied areas over the period of the conflict," he said.

Currently, he added, there are about 6,000 career Russian servicemen.

According to the SBU, 3,200 mercenaries were killed in Donbas as well.

"We can say that this number is at least twice as high as the number of (killed) career Russian servicemen," Tkachuk said.

Most militants were killed during the battle for Donetsk airport in December 2014-January 2015. There are around 40,000 militants in the occupied areas, according to the SBU.

Earlier, the Cargo-200 from Ukraine to Russia volunteer group published the list of Russians killed in Donbas. According to their estimates, Russia has lost 2,081 nationals in Donbas.

Since the start of the Russian aggression in February 2014, Ukraine has lost over 2,600 servicemen. Over 9,000 troops were wounded.