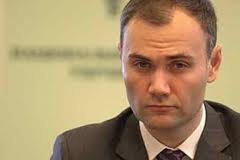 The Prosecutor-General's Office (PGO) of Ukraine has received Spain's refusal to extradite former Finance Minister Yuriy Kolobov and is going to request it once again, Interfax-Ukraine has quoted the head of the PGO special investigation department, Serhiy Horbatyuk, as saying.

"Yes, there is an official refusal to extradite him," he said. In his words, Spain's reply is not a final decision.

In September 2014, the Security Service of Ukraine (SBU) opened a criminal case against Kolobov and other ex-officials of Mykola Azarov's government on suspicion of state budget embezzlement.

In March 2015, Kolobov was arrested in the resort town of Altea in Spain's Valencia.