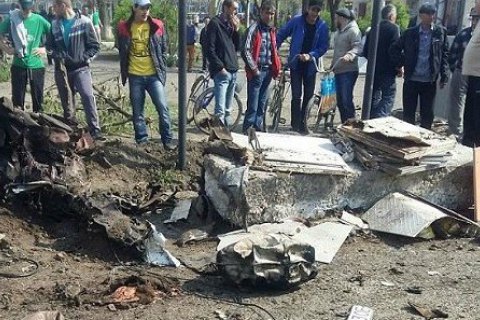 The explosion of a car in the village of Novooleksiyivka, Kherson on the administrative border with Crimea, in which one person was killed and four wounded is being treated as a terror attack, the press service of the main directorate of the National Police in Kherson Region has said.

The examination of the debris revealed that the incident happened as a result of the use of an explosive equivalent of 6.5 kg of TNT.

The explosive substance is being identified.

The case is being investigated by the Security Service of Ukraine's (SBU) directorate in Kherson Region.