"Its" means the one who is equally controllable and giving Bankova [street, where the Ukrainian president's office is located] all existing levers of power (uniformed agencies including). Hroysman was a perfect candidate. For some reason, Poroshenko thought (and still thinks) that Volodymyr Borysovych owes him his exposure to big politics and therefore should be obedient and thankful. Be an avatar.

However, the history went its own way: the People's Front took the electoral lead and Yatsenyuk remained the prime minister. Hroysman certainly got upset then. It was a moral redress for him to become parliament speaker. And now status quo is restored. 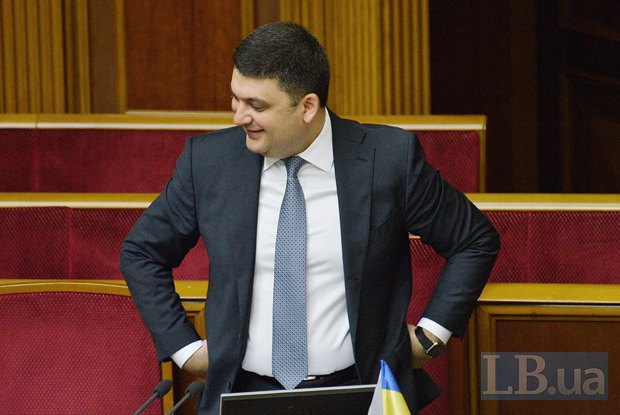 The last one to leave even stole the bench

Bankova has been overtaken by neurosis (medically speaking) and has been seeking to replace Yatsenyuk ever since last autumn. Over this time, potential replacements for Arseniy Petrovych included [National Security and Defence Council Secretary Oleksandr] Turchynov, [Petro Poroshenko Bloc faction leader Yuriy] Lutsenko, [deputy presidential administration head Dmytro] Shymkiv, [ex-Finance Minister Natalie] Jaresko, [Foreign Minister Pavlo] Klimkin, [new First Deputy Prime Minister Stepan] Kubiv, [Odesa governor Mikheil] Saakashvili and a number of other – more exotic – characters. However Hroysman always remained the most real one. He was real because Poroshenko's bench is very short. To be more accurate, it does not exist. As one wise person said: the last one to leave even stole the bench.

Second, the presidential administration, by its old habit, considered Hroysman an "avatar". Without even taking into account that Volodymyr Borysovych of the autumn 2014 and the spring 2016 was not the same person. His chairmanship of the parliament presidium did not go unnoticed for him either: he honed his skills in political intrigues, the art of collusion, he managed to grab the attention of a certain number of various factions (he has been especially active in such talks in the recent three weeks when he was plucking MPs out by one, explaining them that he was casting his own team). Formally, speaker Hroysman was among equals whereas he wanted to be the first among equals. He wanted to sit at the table not on an extra stool but in a chair. The chair had to be similar to that taken by [Poroshenko's close ally Ihor] Kononenko. And he wanted to be pleased not with what he was given (Ukrainian Postal Service, the former State Geodesy and Cadastre Service, and the Kiev customs service), but with what he chooses himself; and to also be able to "carve" something for the others.

And what is most important: he was no longer an avatar. And Bankova simply did not notice this. And it was very surprised when he "showed what he is worth" (unless it is a play, which is not ruled out either). The People's Front was even more surprised as they thought that they would have to "divide" portfolios and flow "between the two". It turned out – "among the three". Meanwhile, Hroysman (and Kosyuk, who was hanging around totally forgotten for some reason) acted as a separate party with its own requests and appetite. Neither the Petro Poroshenko Bloc, nor the People's Front was happy about it. Scandals broke out. Bankova repeatedly threatened the obstinate speaker with depriving him of the prospect of premiership but he firmly stood his ground. Hroysman knows: publicity is the best tool to fight backstage deals. Certainly, in doses, very carefully measured doses – the way he deems beneficial. With the help of this tool, Volodymyr Borysovych ensured that: 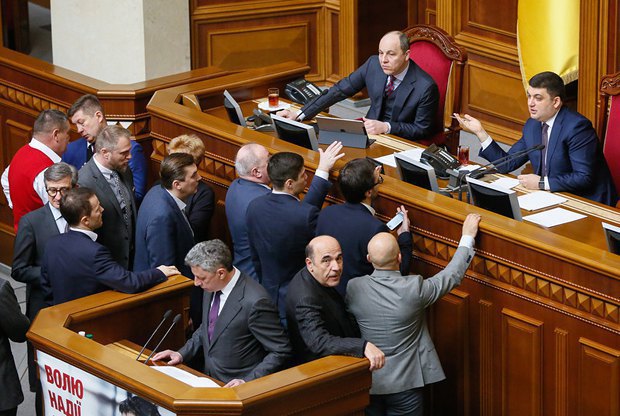 Photo: EPA/UPG
So, in fact, Hroysman got what he wanted. In spite of the presidential administration. He did a good job, he is a champion, it would seem.

Well, it is not really so. Everything is more complicated.

It is clear that after this the old trust between Petro Oleksiyovych and Volodymyr Borysovych is no longer. So much for the format of "senior-younger partner". By making a bid for his own political game, Hroysman exposed himself as a potential election competitor to Poroshenko. Our president does not forgive this. He has a good memory. Even too good. The conflict (to be exact, the fight for power) between them will only deepen with time. Considering that Ukraine is a parliamentary-presidential republic, the prime minister has a tactical advantage. But Bankova can win a long-term fight.

That is because Hroysman made a serious mistake at the start. Without having a rocket to attack the enemy with, he exposed its launch site. Instead of quietly strafing the enemy. This is first.

Decentralization as a lucky ticket

Now let's talk about challenges and threats Prime Minister Hroysman is facing and his opportunities. 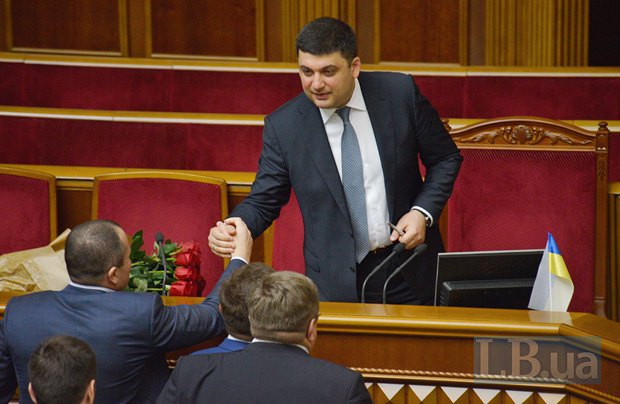 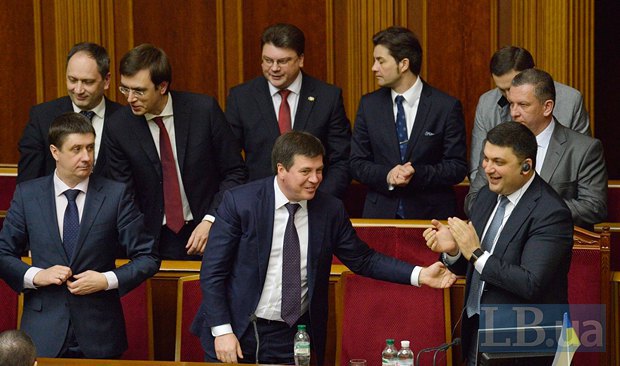 If Hroysman and Kovalchuk found common turf, the former could use Our Land as the basis for its own party activity. And "instil" in it his local project, the Vinnytsya European Strategy party working in the Vinnytsya city council. However, these are just the details, it is not difficult at all to "reset" any party from the scratch, having bought a required package of documents.

Sic transit gloria mundi. Thus passes the glory of the world. A newly-elected pope pronounces this phrase when he first puts on the symbol of his power, the Ring of the Fisherman. He says it in order not to forget who put him at the apostolic see and that he is not eternal, his power is frail and the glory of the world passes.

The prime minister of Ukraine should also remember this. Especially in the light of the two main challenges of this year: privatization and the problem of the land market.