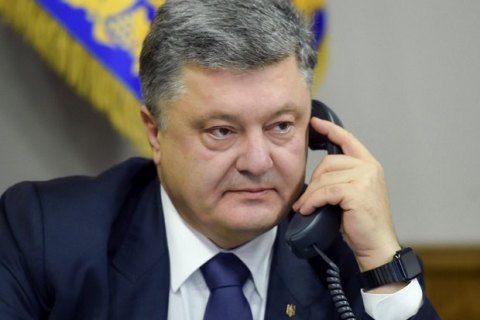 Ukrainian President Petro Poroshenko has had a phone conversation with his Russian counterpart Vladimir Putin, the press service of the former has said.

In the course of the phone conversation, the parties also discussed the issues of Russian servicemen Yevgeniy Yerofeyev and Aleksandr Aleksandrov.

They agreed that Ukraine's consul-general in Rostov-on-Don should be provided an immediate access to Nadiya Savchenko.

Taking into account the severe deterioration of Nadiya Savchenko’s health, Poroshenko also demanded that Ukrainian and German doctors be allowed to see her.

On 18 April, the Ukrainian Justice Ministry received MP and pilot Nadiya Savchenko's request for the start of the procedure of her repatriation from Russia where she was convicted to 22 years in prison.