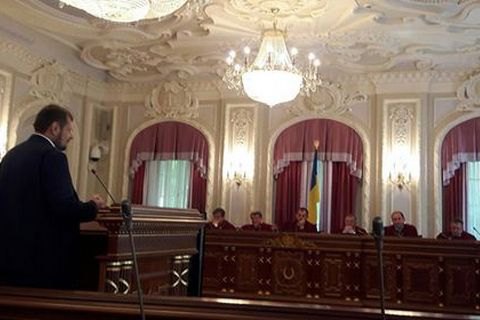 Presiding judge Petro Panteleyenko announced the decision of the Supreme Court board who said the ruling of the Higher Administrative Court may not be reviewed.

Thus it invalidated parliament's decision to strip MP Mosiychuk of immunity and authorize his prosecution and arrest. As per the verdict of the Supreme Court, Mosiychuk's immunity shall be restored.

Mosiychuk’s lawyer, Leonid Syvakov, said that following this ruling, all criminal proceedings against Mosiychuk must be stopped.

Mosiychuk was detained on 18 October 2015 but then released on 15 November after the term of his arrest expired.

The Prosecutor-General's Office said that Mosiychuk had admitted accepting a bribe, but the MP said the confession was made under torture.

In addition to receiving a bribe, Mosiychuk was suspected of hooliganism, violence and interference in the judiciary.