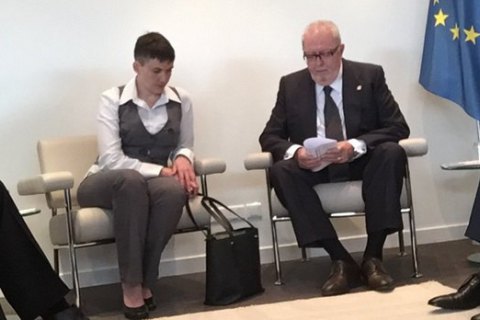 MP Nadiya Savchenko addressed the chairman of the PACE Pedro Agramunt with a request to assist in the release of illegally detained in Russia Ukrainian prisoners, the Ambassador of Ukraine to the Council of Europe Dmytro Kuleba said on Twitter.

Savchenko left for Strasbourg yesterday to take part in the meeting of the Parliamentary Assembly of the Council of Europe, which started on June 20.

Savchenko was elected Ukraine's delegate to the PACE in January 2015 when she was jailed in Russia. PACE President Anne Brasseur then demanded that the Russian authorities to let Savchenko attend the Assembly session. However, Russia did not recognize her immunity as a PACE delegate.