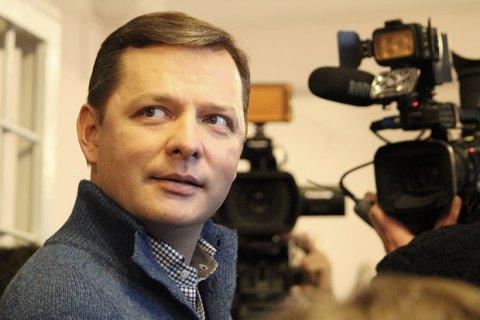 The house of the head of the Radical Party of Ukraine Oleh Lyashko was reportedly visited by law enforcers, who attempted to search the premises, Lyashko and his allies reported in the morning of 21 June.

Later on, Lyashko's ally Andriy Lozovyy told the TV channel 112 that the officers from the Prosecutor General's Office along with riot police came to the house of Lyashko at at 7:00.

"When Lyashko came out, they said: 'Sorry, wrong address,' Lozovyy said. There was no search, he admitted.

On 28 May, ex-deputy head of the Security Service of Ukraine Viktor Trepak gave over to the National Anti-Corruption Bureau documents confirming the illegal payments by the Party of Regions to a number of former and current high-ranking officials and politicians. The documents, that have been later made public, indicate the "black bookkeeping" of the Party of Regions with the amount of bribes totalling approximately 2bn dollars.

On May 30, the National Anticorruption Bureau launched a probe into the revealed information.