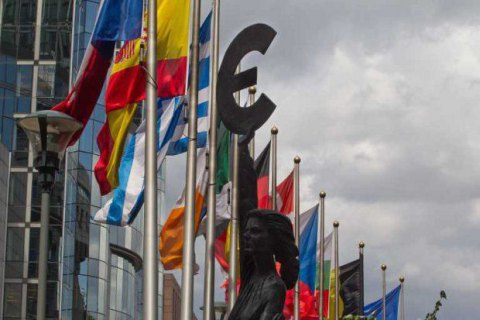 The European Union's Brussels envoys agreed on Tuesday to extend until the end of January the energy, financial and defence sanctions on Russia over the conflict in Ukraine, Reuters reported on 21 June with a reference to diplomatic sources.

The bloc's ministers have yet to formally approve the six-month roll-over but diplomats said there was no doubt they would. France and Britain asked for time to receive comments from their parliaments, though these have no power to block it.

Diplomats said formal ministerial approval had been penciled in for a meeting in Luxembourg on Friday although it could be held over until an EU leaders summit next week, or even later.

After more than two years of sanctions slapped over Moscow's annexation of Crimea from Kiev and backing for east Ukraine's rebels, the EU is planning a broader review of its policy vis-à-vis Russia in the second half of this year.

The German foreign minister and the Italian prime minister are among a growing chorus of politicians pushing for sanctions relief. In April, the French parliament approved a non-binding resolution calling for the lifting of EU sanctions.

They say the EU can no longer afford to miss out on trading with Russia and that any sanctions should only be a temporary rather than stay in place for too long if they fail to force a change of policy from the Kremlin.

Poland and the Baltic states are more wary of Russia and say the restrictions must hold until a troubled peace plan for east Ukraine is fully implemented.

More than 9,000 people died in fighting there and rival sides in the conflict must yet withdraw heavy arms from the region, Kiev should organize local elections there and Moscow is bound to help Ukraine regain control of its border with Russia.