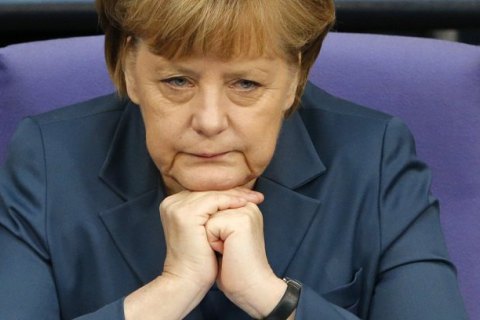 Chancellor Angela Merkel said on 22 June that Germany will have to increase its defence spending considerably from current levels to deal with external threats.

The European Union was not currently in a position to defend itself against external threats and it could not just rely on its transatlantic partnership with the United States, Merkel told an economics conference in Berlin.

"Sure enough this means that a country like Germany, which today spends around 1.2 percent of its gross domestic product (GDP) on defense, and the United States, which spends 3.4 percent of GDP for defense will have to converge," Merkel said.

She added that Germany could not expect others to bear the burden of defense in the long term.

In early May, Germany for the first time since 1990 announced plans to increase the defense spending.

On 31 May, the European members of NATO decided to boost defence budgets.