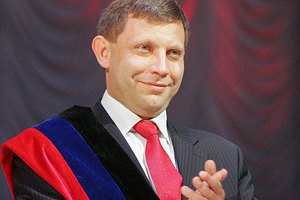 The leader of the terrorist organization "DPR" Alexander Zakharchenko says the militants may schedule "elections" in Donbas unilaterally, unless the relevant law on local elections is adopted by Verkhovna Rada.

"Before 14 July, Ukraine passes a law on local elections, which either suits us or not. This law must be coordinated with the representatives of Donbas. If such a law is not adopted, we will decide on holding local elections on our own," Zakharchenko said as quoted by LІGA.net on 22 June.

He did not rule out that the so-called local elections could be held this year.

Earlier, an adviser to the head of the SBU Yuriy Tandit said that the separatists would try to "imitate local elections" on the occupied territories of Donbass. He also noted that from 10 to 12 thousand OSCE police force are needed to secure the holding of elections in Donbas.

In July, a meeting of leaders of Norman Quartet countries will discuss the OSCE police mission in Donbass.