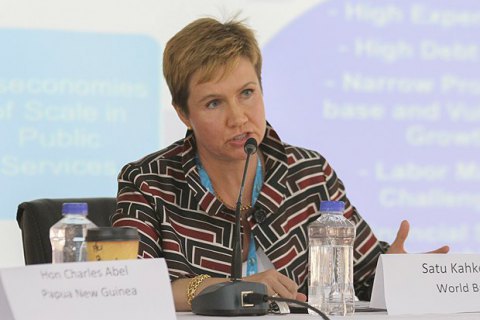 The bank said that Qimiao Fan, who had been holding the position since February 2012, has been appointed as World Bank Country Director for Bangladesh, Bhutan and Nepal.

According to the World Bank, before the appointment Kahkonen worked for the bank's headquarters in Washington as director of the macroeconomics and fiscal management global practice and before that she led the poverty reduction and economic management unit which included 18 countries in Southeast Europe.

Ukraine became a member of the World Bank in 1992.

The Finance Ministry of Ukraine estimated the country's overall debt to the bank at 5.5bn, or 8.26% of the country's total plain and government-backed debt, as of early May 2016.