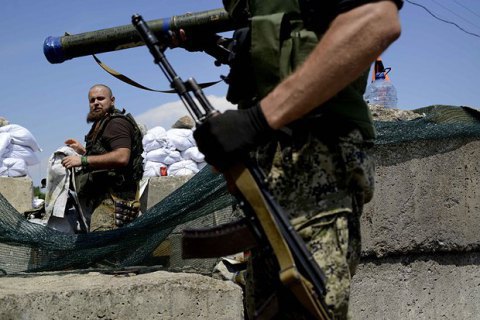 The Russia-backed militants continued to shell positions of Ukrainian army in Donbas. Twenty-eight

The ATO Headquarters press center reported on 22 June about 28 enemy attacks over the past day.

"In Donetsk direction, the enemy shelled the Ukrainian strongholds near Avdiyivka and Butovka coal mine, using the heavy machine guns, grenade launchers and 82 mm mortars," the report reads.

The militants also used automatic grenade launchers to fire at the Ukrainian servicemen outside Verkhniotoretske and Luhanske.