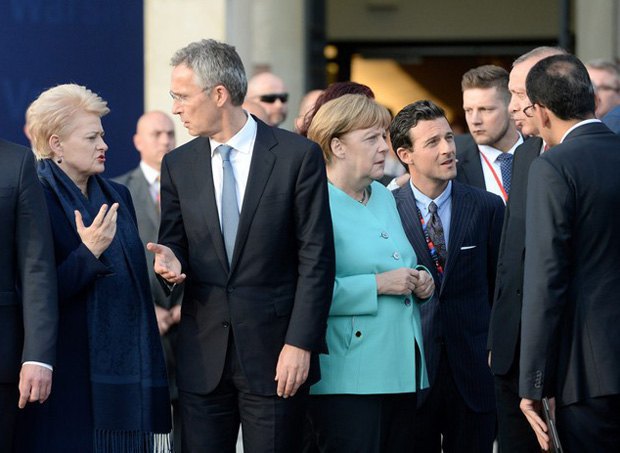 It can be said that the European society made a significant step forward towards understanding the real threats and the need to deal with them. We mean the results of the July NATO summit, which was held in Warsaw two months ago. Representatives of both the European [Western] political community and the Russian propaganda as well as pro-Kremlin/Moscow-paid Western media and experts have already made their assessments.

Expressing satisfaction with the decisions of the Warsaw NATO summit, it should be noted, however, that they became only the first step towards the realisation of threats from Russia and consolidation of what we call the "eastern flank" of the alliance. The main work on the information-expert and military-political levels is yet to be done.

First of all, it should be emphasised that no diplomatic efforts and attempts to "pacify" the Russian aggressor have any slightest historical and logical rational grounds.

One must also leave behind any hope that a change of the key man, or even the ruling group in Russia (the so-called "apical coup") will lead to a decline in tensions in Eastern Europe and the former Soviet Union.

Any statements by individual experts hoping for a "legitimate rise to power of the liberals" from Medvedev to Kudrin look especially naive. Today there are no either "systemic" or "non-systemic" liberals who can come to power in a legitimate or even revolutionary way to take on the responsibility for the state, let alone change the aggressive imperial trend of the Russian policy of the past 500 years. That exception, which took place in the second half of the 1980's- early 1990's (before the war in Chechnya), because of its short duration, inconsistency and ultimately its domestic political and international fiasco, merely confirms the general rule. It serves as a foundation and confirmation of what was stated above. Photo: EPA/UPG
Fighters fly over the Kremlin during a military parade in Moscow in 2015

Replacing Putin with Dmitriy Medvedev, Sergey Ivanov, Sergey Shoygu or someone else can give a short respite, disorient the Western political class, but cannot change the foreign policy trend immanent in Russia. It should be remembered that the aggression against sovereign Georgia, which followed the same patterns as the aggression against Ukraine, took place during the presidency of Dmitriy Medvedev.

A year ago, we noted with concern the mental and to a large extent political difference in the assessment of risks and threats between Western and Eastern Europe, the latter spending half a century in the conditions of Russian/Soviet occupation. This occupation was a result of the world order which has formed after World War II, to which the current Russian regime seeks to return so much. The strategic objectives and political priorities of the latter have not changed at all: the Kremlin still continues to dream of nuclear parity with the United States and European countries, and about the area of exceptional political, economic and military influence Dnipro to Elbe, as it was in the days of the CMEA and the Warsaw Pact. It is enough to read and listen without prejudice to the speeches of leading Russian politicians, including the most senior officials, as well as experts on their service, to have any remaining doubt go away.

The Warsaw summit has shown that the western part of Europe is only coming to realise what has long been said by the presidents of Lithuania and Estonia, the defence and foreign ministers of Poland, representatives of the political class of Ukraine, not to mention experts, including Russian ones, one of whom I humbly consider the author of these lines.

It remains to be hoped that the process of mental, political and military consolidation of the West - all that we call the civilised world - will happen fast enough within the framework of the Alliance, and Russia will not be able to cease the initiative, let alone develop it. A large and, one can say, landmark step in this direction would be an understanding that NATO has no eastern or southern flanks as separate, unrelated areas of international and military policy of the Alliance. 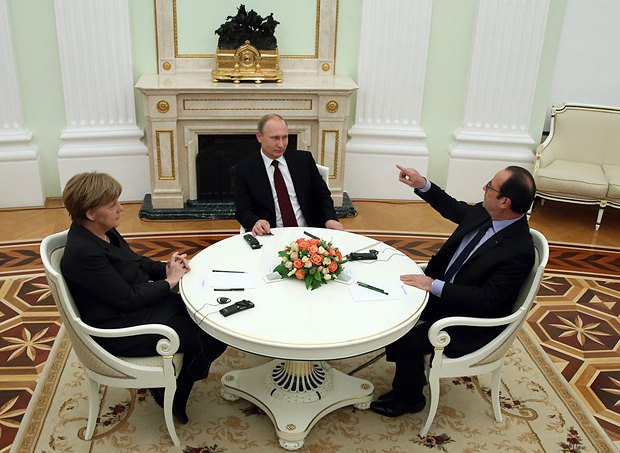 Let me repeat myself, the Russian imperial foreign policy vector remains unchanged. However, the means and methods of conducting the aggressive course have undergone changes. We will not go into detail on the newly-introduced concept of "hybrid warfare" that Russia is now waging against Ukraine. The aspects of this war are rather well known. I would also like to focus the attention on one of the main methods of this hybrid war - terrorism and provocations. If we talk about these methods, we can easily see that Russia, at least since its invasion of Syria, has in fact been waging such a provocative terror war against the Western world it hates.

We all know about the information war, the concept of the "global Russian world" and an unprecedented expansion of the Russian information space. We are also well aware of the methods of nuclear and energy blackmail, the first of which is widely used today, while the second was used in the recent past. Now it is clear to every unbiased observer that we are talking about terrorist blackmail. Experts have repeatedly pointed out, for example, the fact that Iraqi, Libyan and Syrian officers fighting within Islamic State's "terrorist" troops are mostly graduates of Russian/Soviet military schools, there are many Russian citizens among the ranks of Islamic soldiers, including with newly-minted foreign passports. This says a lot to people familiar with the practice of "volunteers", "holiday-makers", "humanitarian convoy", not to mention the PMCs (private military companies). 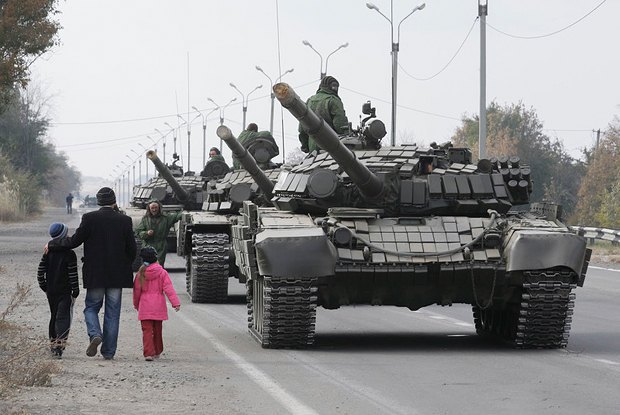 Strangely, by automatically taking responsibility for all terrorist acts committed in European countries, Islamic State puts forward no demand, which would be customary for terrorists. However, every terrorist act is accompanied by Moscow's increasingly more clear and rigidly sounding demands to join it in a union against global terrorism. It is obvious that the Kremlin is thus trying to overcome its international isolation, make everyone reckon it among leading global geopolitical players and blow the sanctions regime which suffocates its economy.

Read: The nature of terror acts in Europe

And finally, we should not forget about another principle of legal tradition "cui prodest?", which was formulated by the Romans. Surprisingly, almost all terrorist acts matched the interests, geopolitical schedule and the pace of the Kremlin's international life. Russian does carpet bombing using prohibited weapons, kills a lot of civilians whose only possible guilt is that they are dissatisfied with the regime of Bashar al-Assad, destroys the democratic opposition left, right and centre, and finally admits that it is at war with Islamic State, but attacks for some reason take place on the territory of countries which are not fighting Islamic State directly, but which, to their detriment, accept a huge number of refugees, and which, unlike Russia, show tolerance to the completely alien Muslim religious and national minorities yet.

Terrorist acts do not occur in those EU and NATO countries which periodically and at least in some form raise the issue of reconciliation with Russia, the need to take its interests into account and lift sanctions. However strikes are delivered against the main EU countries, participants in the Normandy format on the implementation of the Minsk agreements and against the city where the EU and NATO headquarters are located. 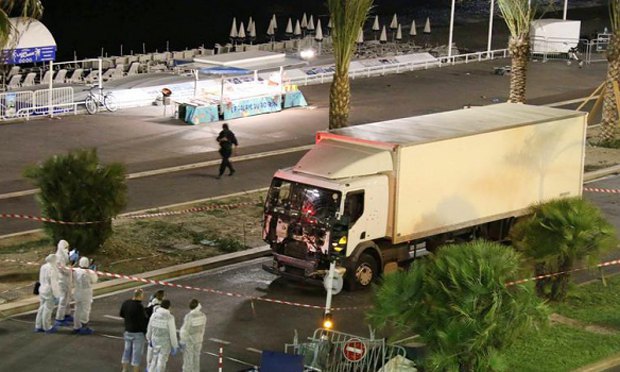 These are the same countries which by "a strange coincidence" have become the main target of the invasion of millions of refugees. Until recently Islamic State refrained from comments about Russia, let along holding terrorist acts on its territory. However the Kremlin was exceptionally lucky with the filed military coup in Turkey, as a result of which a new, geopolitical configuration benefitting Russia is forming in the Middle East and the Eastern Mediterranean before our eyes. The Alliance's army, second in terms of strength and menacing to Russia, was defeated, disorganized and virtually incapacitated. I suggest that it only brings one logical conclusion: the key to overcoming the terrorist threat as well as to solving the problem of refugees, not to mention infinite attempts to destabilise the civilised world order, is in Moscow.

In other words, strategically, NATO has no eastern flank, there is confrontation between the Alliance, guarding the civilised world, democracy and world order, and Russia, constantly encroaching on this civilisation and this order. I think that now or in the very near future the overwhelming majority of the Western political class and expert community not bribed by the Kremlin and the expert community fill find it obvious: when the "Russian threat" is liquidated, the majority of terrorist organisations will curtail their operations, refugee will thin out significantly and become more manageable and less aggressive.

Therefore, in order to counteract Russia, it is advisable to start thinking about strengthening the southern flank of the so-called eastern flank of the Alliance, in particular its Black Sea component. Nor should we lose sight of the regional aspects of the strengthening of European security.

It is also advisable to add the defence component to the Eastern Partnership format - these things need to be carefully worked out on the expert level. 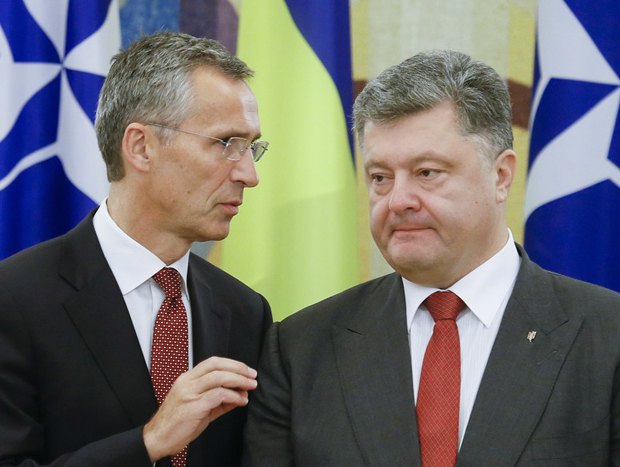 Finally, since Georgia and Ukraine cannot be accepted into the alliance right away, it would be advisable to determine and implement as quickly as possible their associate status, similar to that of Sweden and Finland, although the task of their full NATO membership should remain one of its top political priorities.

With regard to the Minsk agreements, they are two now. And these agreements cannot be implemented because the conflict in southeastern Ukraine is in fact the Russian military aggression against this sovereign country. This aggression was only hastily disguised as a regional civil war. This conflict cannot be resolved in the Minsk political and diplomatic format. The way to resolve it is through the deployment of a sufficient international armed peacekeeping force without Russia's participation. Ukraine's sovereignty over this territory and control over the entire length of the Russian-Ukrainian border has to be restored with its help.

The territories of the bandit Donetsk and Luhansk people's republics must be completely demilitarised, all illegal armed groups and their authorities must be liquidated. Only then may elections be held in accordance with the Ukrainian Constitution.

The fate of terrorist militants, irrespective of their nationality or ethnicity, should be decided by a Ukrainian court.

This path is the only way to resolve this long-standing conflict that threatens security not only in Eastern Europe but also on the entire European continent.