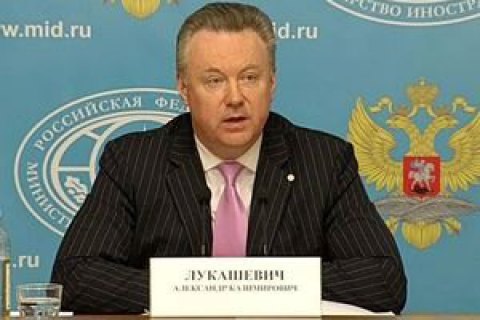 Russia's permanent representative at the OSCE, Aleksandr Lukashevich, has said that Kyiv will be able to restore control over its state border with the Russian Federation in Donbass before local elections are held there.

He said this at a meeting of the OSCE Permanent Council, according to the Russian news agency RIA Novosti.

"Let me remind you that the process of restoring Kyiv's control over the sector of the Ukrainian-Russian border may start only after local elections are held in Donbas," he said.

He said the terms of the Minsk agreements may not be changed or any additional conditions of political settlement added. He said the existing package includes not only the clause on elections but also "amnesty, release of hostages and constitutional reform".

He said that in Moscow's opinion, the Normandy format consultations are still relevant and may facilitate dialogue in the trilateral contact group.