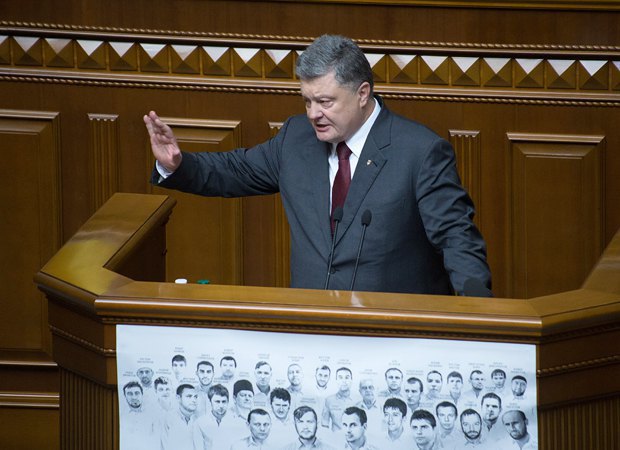 Constitutional reform as far as the judiciary is concerned

Effective from 30 September. Among other things, the reform kicks off the formation of the Supreme Court (during six months). The Supreme Court will include all higher specialised courts, including administrative ones, which, as we know, deal with election-related issues.

A number of field-specific laws must be adopted for constitutional changes to take full force. One of the key one is called "On the High Council of Justice", its draft being worked out now. The High Council of Justice is, in fact, the successor to the High Council of Judiciary (HSJ). Even its staffing will remain the same until 2019. But the powers it will have will be bigger, it will actually be able to appoint and dismiss judges as well as authorise their detention, etc. Motions to nominate judges will have to be signed by the president. And this, as you understand, is a serious lever of influence on the judiciary for the head of state.

Today, the presidential administration has dominant influence on the HSJ. Thus it is going to keep its impact on the High Council, the body designed to monitor the "purity of ranks" in the judiciary and moderate its activity at the highest level. Which potentially leaves room for manipulations. Not as cobbled as those Yanukovych did with the Constitutional Court back in 2010, but still. 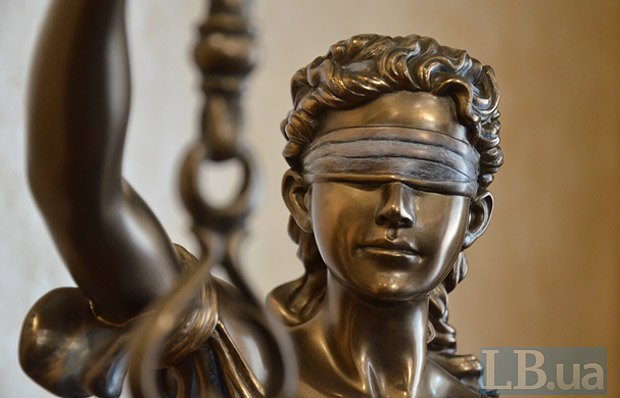 To avoid such "distortions", it is enough to adopt one more law to "support" the reform, that is on the creation of the Anticorruption Court. The formation of this body is envisaged by the reform which is entering into force, however its full-scale operation requires a separate law, which is extremely disadvantageous to the president's team as they are not interested in the emergence of a "second NABU [National Anticorruption Bureau of Ukraine] at all. So the prospects for the Anticorruption Court today are directly dependent on the persistence of parliament and the consistent position of international mediators.

The man in charge of constitutional changes with regard to the judicial reform on Bankova is still a deputy head of the presidential administration, Oleksiy Filatov. Being close to Lozhkin, he nevertheless remained in office after his resignation. Although some sources say that Filatov did write his resignation letter (probably pre-emptively) a few weeks ago, today he remains a serious player who is set to follow through. During two-odd years Filatov developed a relationship with the president, which gives him a rather wide space for action.

According to the provisions of the Budget Code, the Cabinet of Ministers had to submit the initial draft of the country's main financial document to parliament by 15 September. Although Volodymyr Groysman sounds optimistic, PPB [Petro Poroshenko Bloc] faction leader Ihor Hryniv gently hinted that MPs are unlikely to be able to familiarise themselves with the draft budget by this date. If so, the deadline for the final decision (15 December) will be deferred too, an unpleasant but quite usual situation. This year it has own specifics. This budget is the first for Volodymyr Groysman as prime minister. 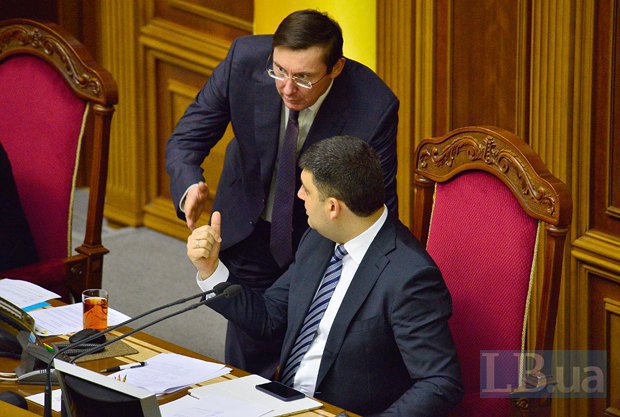 Remember when Volodymyr Borysovych was nominated for head of the Cabinet of Ministers, one of the arguments in his favour was that he would be able to garner enough votes in parliament for "his" bills. Previously, Yuriy Lutsenko was active in this role as far as pro-government forces were concerned. The rest was "finished off" by Ihor Kononenko and Vitaliy Kovalchuk who were responsible for communication with "independent groups". Lutsenko is no longer in parliament, Kononenko does not have sufficient influence, PPB faction head Ihor Hryniv is busy with other matters. Thus, the problem of collecting votes put Volodymyr Groysman in a very difficult position. Therefore, the prime minister will be forced to seek the assistance of the president (Finance Minister Oleksandr Danylyuk will not cope on his own, it is clear). And this, of course, will defer the emergence of Groysman as an independent centre of influence. It will also provide a comprehensive answer to the question of who "the boss" is.

The fate of the coalition

The problems of the coalition are an "open secret." The conditional formation holds, by and large, on the fact that its two key components - PPB and People's Front - are equally not interested in early parliamentary elections. As Pasternak said: "You are the benefit of the disastrous step. When life is more sickening than disease... ". When during important votes the missing votes "get solicited" from the so-called "independent groups", informal "supervision" on behalf of the presidential administration is carried out by its deputy head Vitaliy Kovalchuk.

And this assembly is very unstable because each new vote requires new bargaining and thus resources for the "independent" ones. So the formation of a relatively stable club of "coalition allies" is not a whim of the presidential administration but a necessity.

To make this idea happen, they took to work back in the spring. The work has been mostly done by same Kovalchuk, who reasonably believed that a positive outcome will help him replace Borys Lozhkin as head of the presidential administration. His activity luckily matched in time an internal conflict within the Revival group, which effectively split in half. Eleven MPs headed by Revival party leader Viktor Bondar claimed that "Khomutynnik's group" (12 MPs) was unwilling to play by "clear rules", was overly active in "protecting Nasirov", being unable to change the situation around Katsuba's arrest. Khomutynnik himself was belligerent but did not make any claims against anyone - his connections to Kovalchuk and [tycoon Ihor] Kolomoyskyy's support were enough to make him feel confident of himself. 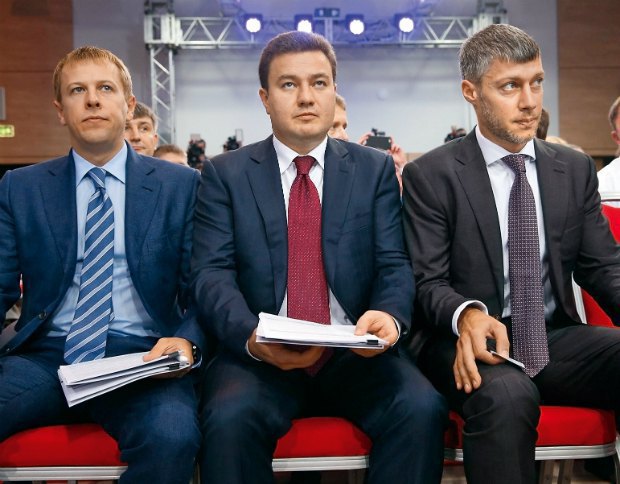 The Revival's official "divorce" was delayed only by the summer months and by the fact that Ihor Valeriyovych did not offer public support to any of the parties to the conflict (he does not care about this. Moreover, five of Khomutynnik's twelve "bayonets" may "defect" to the opposite side at any time).

Kovalchuk and Khomutynnik are still in contact. The question of whether he is going to undertake the development of the Our Land project and, if so, on what terms, is still open. One thing is for sure: Bankova is serious about transforming Our Land into a political force capable of clearing the parliamentary election threshold. While there is no election on the horizon, they will try to unite "casual travel companions" (from the former Party of Regions, as well as unattached MPs from first-past-the-post constituencies) under a single parliamentary "umbrella."

It has been five months now since the formal leader of the People's Front, Arseniy Yatsenyuk, stepped down as prime minister. On 14 April, he left the parliamentary session hall in style - through the main entrance (the newly elected president usually goes this way in). However, the visual image has not been flashed out with contents - in public domain, Arseniy Petrovych either did not want to, or failed to dot the "i's" when his nearly two-year-long premiership ended. Accordingly, many issues were simply left hanging in the air. In the summer Yatsenyuk paid a visit to the United States and Brussels, however it was not enough to fill the information gaps. 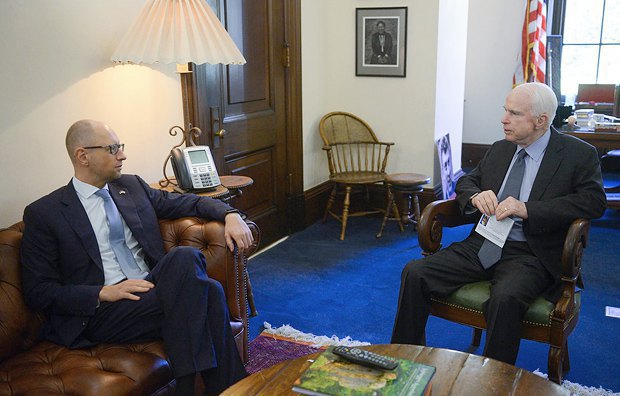 Nominally, he is still in charge of the People's Front, he regularly meets the faction and is involved in the development of key decisions, moreover he is still one of the "strategic seven". However this does not help party development at all: the People's Front has been and still is an artificial entity once created with a view to the parliamentary elections (after efforts to agree with Tymoshenko's and Poroshenko's teams failed). Having lost the status of a "party of power No 2" and its initial rating, the People's Front has done simply nothing at all to restore its position. This spells a gradual but inevitable loss of political subjectivity.

Because if a "war is tomorrow", meaning elections, the People's Front does not exist as such. The only soothing fact is that there is not going to be any election either tomorrow or in the foreseeable future. Petro Poroshenko has no, absolutely no reason to hold an early election. No matter how much those with solid electoral ratings want it.

However, parliamentary elections may still affect the domestic political landscape this season. But these will be Georgian elections not Ukrainian ones.

If Saakashvili's party proves successful, many prominent "reformers" and "corruption fighters" will be able to return home. In particular, the Khvylya (Wave) party recently announced by Viktor Chumak et al may lose some of its frontmen. The fledgling political force is obviously waiting for Saakashvili to join them. In fact, it is its only "competitive advantage" over other "young democrats", whom there is going to be more come the election. 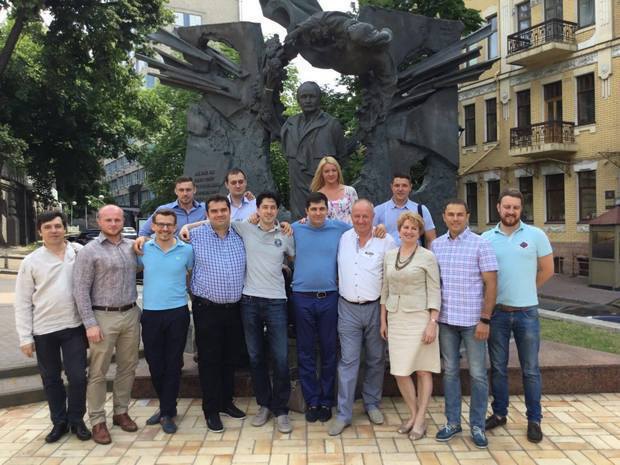 Will Saakashvili return to Ukraine after the 8 October elections in Georgia? At present, there is an unspoken agreement between him and Petro Poroshenko there is an unspoken agreement: the former Georgian president works as the head of the Odessa regional state administration until 8 October, what is next will depend on the situation. At the same time, the Prosecutor-General's Office has put the Georgian law enforcers' extradition request for Saakashvili in "cold storage". For many months now. And the fact that it has been kept there is nothing but the sign of good will by the Ukrainian authorities.

According to a survey by the US National Democratic Institute, 15 per cent of voters are ready to support the ruling coalition Georgian Dream while 13 per cent will vote for Mikheil Saakashvili's party - 13%.

If the first round of elections goes well for Miho's [Saakashvili's] supporters, they expect their leader to arrive in the country. His task would be to mobilise supporters as much as possible to ensure the victory in the runoff. goes well, they anticipate the arrival of their leader in the country. It is unclear how it can be done, considering he is a subject to a criminal case and thus should be "apprehended" once he sets foot at the airport, but this a preliminary plan. 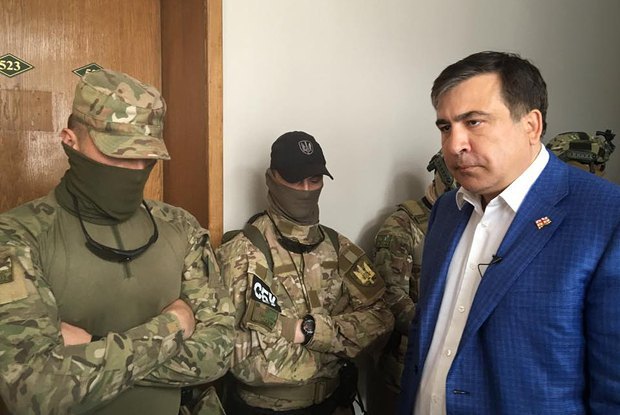 But let us return to the internal agenda. More precisely, to the deferred issues.

The most critical of them is a special status of Donbas. Only recently our Western partners insisted that the constitution should be amended accordingly, but Ukraine managed to postpone the issue, quoting Russia's failure to honour the Minsk agreements. Read more on this in our July article, "Donbas on hold".

[State Fiscal Service chief] Roman Nasirov's dismissal. His replacement has been discussed for a long time, but there are counterbalances which keep it from happening. First and foremost is the lack of political will. First of all, among the People's Front. They have only one, but "serious" argument: "So that Bankova could appoint Nina Yuzhanina as head of the State Fiscal Service? And have yet another lever of influence? Not happening".

In addition, we must not forget that the reshuffle in the State Fiscal Service may adversely affect the availability of "spare" votes in parliament (see above).

Finally, I should mention the main challenge, which is not included in any agenda, but which poses the biggest problem for the incumbent Ukrainian authorities. Especially since they want not only to preserve themselves but reproduce. It is economic growth without which any further progress is impossible. Under any sauce. Kakha Bendukidze once made this breakthrough happen in Georgia (under President Saakashvili). Today Ukraine does not have "its own Bendukidze". It is a fact.

Which brings a question: Is it a take-off or landing strip for the Ukrainian authorities? 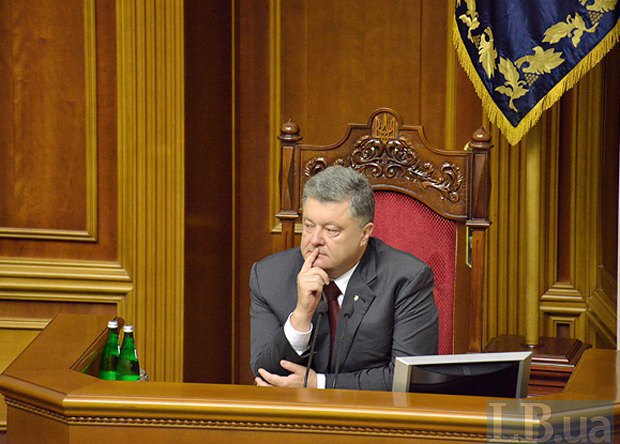