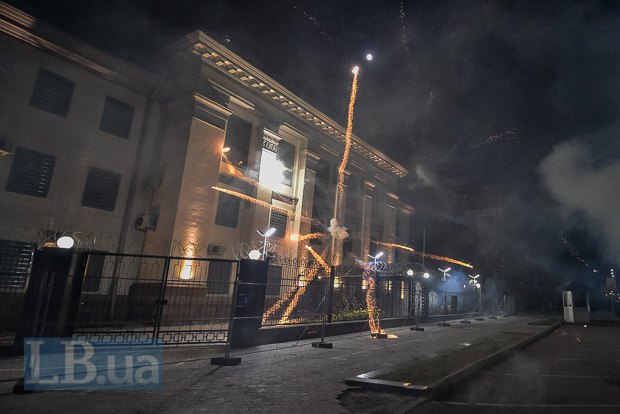 Around 20 people wearing balaclavas fired with a firework pack on the embassy of Russia in Kyiv in the early hours of 17 September.

The Kyiv police said the building sustained minor damage. Police have confiscated the firework pack and are identifying the perpetrators.

The far-right group C14 has said on VKontakte it was a "creative protest against the elections to the State Duma on the territory of occupied Crimea and in the diplomatic offices of the Russian Federation in Kyiv, Odesa, Kharkiv and Lviv".

Previously, Ukrainian President Petro Poroshenko tasked the Foreign Ministry to inform the Russian authorities that they cannot hold elections to the State Duma on the territory of Ukraine.