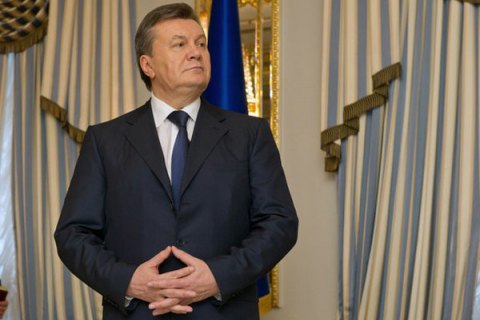 Viktor Yanukovych as president of Ukraine has acted in the interests of the Russian Federation in matters relating to national security, as evidenced from his decrees, and appointments of Russian citizens to key posts etc

"Accordingly, the activities of Viktor Yanukovych qualify under Art. 255 (creation of a criminal organization) and Article 111 (high treason) of the Vriminal Procedural Code of Ukraine," Prosecutor-General's Office said after a 5 October high-ranking meeting chaired by Yuriy Lutsenko.

The PGO says it believes that Viktor Yanukovych should be charged of deliberate acts aimed to detriment the sovereignty, territorial integrity and inviolability of defense capability of the state, and economic and information security of Ukraine.

The PGO plans to hold meeting regarding the investigation of criminal proceedings against Yanukovych on a weekly basis.

On September 6, Yuriy Lutsenko said that the Prosecutor General's Office would submit to a court the case against ex-President Viktor Yanukovych on charges of treason before the yearend.