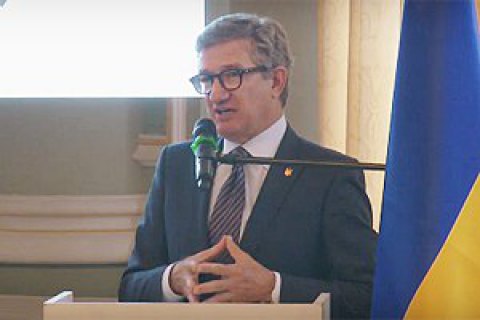 MP Serhiy Taruta says he will submit with the Verkhovna Rada an appeal asking President Petro Poroshenko to dismiss the governor of the National Bank Valeriya Hontareva.

At the Monday, 17 October session of the parliaments Conciliation Council, Taruta urged his fellow lawmakers to form a temporary parliamentary commission of inquiry to probe into the activities of the head of the National Bank.

"We must rally around this issue to restore confidence in the parliament, the credibility of the president, the government's credibility. I propose to include in this week's agenda two resolutions that will be filed in today. One draft resolution is the request to the president to dismiss Hontareva. The second suggests the creation of a temporary commission of inquiry," Taruta told the Conciliation Council.

Taruta claimed that Valeriya Hontareva was not responding to direct resorts of people's deputies and avoided attending parliamentary committees.

"If she has nothing to hide, she must come and fruitfully work with us. In the meantime, she does not come to committee sessions, she snubs experts, the general public and people's deputies. We need to rally around this issue," the politician argued.