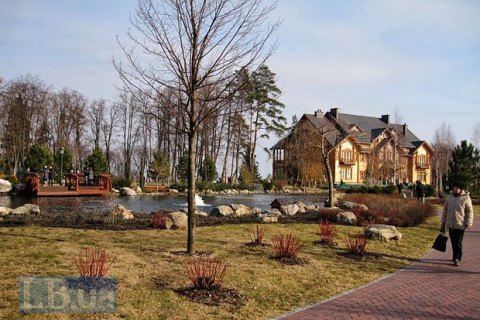 The Department of Special Investigations of the Prosecutor- General's Office of Ukraine charged Oleksandr Yanukovych, a son of the former president of Ukraine, of participating in the misappropriating the presidential residence Mezhyhirrya.

The PGO press service said in a release on Monday, 17 October that O. Yanukovych is suspected of committing crimes that in the Criminal Code of Ukraine qualify as creation of fictitious enterprises, aiding in the misappropriation of state property, aiding in the legalization of property.

Oleksandr Yanukovych is wanted, a court warranted his arrest.

In 2007, the then head of the Cabinet of Ministers Viktor Yanukovych handed Mezhyhirrya into the statutory fund of state-owned company Nadra Ukrayiny, upon which this company concluded a barter deal with the firm Medinvesttreyd. Under the contract, the state company gives Mezhyhiria over to the private firm in exchange for two non-residential buildings in a luxurious district of Kyiv.

Two months later, in November 2007, Medinvesttreyd sold the Mezhyhiria to the company Tantalite, which owned the complex before Yanukovych's escape from Ukraine in early 2014.

The alienation of two buildings and Mezhyhiria from the state ownership in 2007 caused 400m hryvnia in damages to the state.