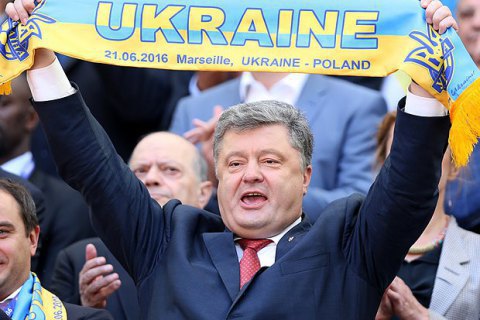 The Friends of Ukraine group, convened by Anders Fogh Rasmussen, external advisor to the President of Ukraine, and former secretary general of NATO and prime minister of Denmark, called on the leadership of Western countries to strengthen assistance to Ukraine and step up the pressure on Russia.

"Ukraine urgently needs stronger Western support - to thwart Moscow's continued obstructionism on implementing the Minsk agreements and to deter further Russian aggression against Ukraine and others. This is why we call on US and European leaders to significantly bolster stability in the region by increasing their support for Ukraine while simultaneously strengthening their resolve towards the Russian government," reads a Joint Declaration of seven senior European ex-officials, distributed by the office the former head of NATO, Anders Fogh Rasmussen.

The authors point out that "Ukraine's reform efforts are unparalleled in the country's post-Soviet history. This is a remarkable feat considering that Russia's government continues to occupy Crimea as well as foment aggression in Donbas. ".

"Ultimately, a democratic, prosperous Ukraine on the path towards Euro-Atlantic integration will be a factor of stability in a turbulent Europe and the best response against Putin's authoritarian rule," emphasize the Friends of Ukraine.

They recalled that despite these immense humanitarian and security challenges, Ukraine has embarked on an ambitious effort towards more reforms over the past two years than in the preceding twenty-three years of its independence. "[Ukraine] has made enormous strides in cleaning up its gas transit system - critical for supplying several EU countries and historically a major source of corruption. One of the world's most transparent public procurement systems has been launched, already saving millions of Euros in public funds. Reforms are being implemented broadly and across many sectors - justice, public administration as well as decentralization," say the European ex-officials.

They also point out that the Ukrainian military, which struggled to fend off direct incursions by Russian armed forces just two years ago, is becoming more effective. "With continuous support from donor countries, Ukraine can become an important partner in defending Europe's extended flank Reforming its intelligence capabilities, Ukraine can also help NATO increase its strategic awareness in the Black Sea region," they recommend.

Meanwhile, the picture is "much more bleak" with respect to Russia. "Once seen as a strategic partner, Moscow has now become Europe's main strategic challenge From its illegal presence and support for its proxies in eastern Ukraine to its support for the Assad regime in Syria;. From its provocative no-notice" snap "exercises to its meddling in domestic politics of Western democracies, the Russian government has made a clear choice to disrupt international security and to undermine the rules-based system we have tried to put in place - together with Russia - since the end of the Cold War," the statement reads.

In this regard, the Friends of Ukraine recommend the EU and its member states to "acknowledge the progress made by Ukraine by lifting the visa requirements without delay and increase military aid, especially adequate defensive systems. Also, The US and the EU need to invest more into getting their worldwide partners to join the sanctions regime and discourage those who try to circumvent it.

In addition, the term of the already existing EU measures should be extended for another twelve months instead of six. This would demonstrate Europe's resolve and align the sanctions with those imposed by the US. Additional Russian officials could be placed on a travel ban for undermining Ukraine's sovereignty; those involved in human rights violations committed under Russia's occupation regime in Ukraine's Crimea should be further sanctioned.

On the conflict in Donbas, the European politicians recommend "involve all relevant players, including Ukraine, Russia, the European Union and the US." In parallel, "Ukraine should launch an inclusive process to develop a strategy for the reintegration of Donbas: such a plan will need to go beyond political questions and focus on addressing the needs of the population on both sides of the conflict line.