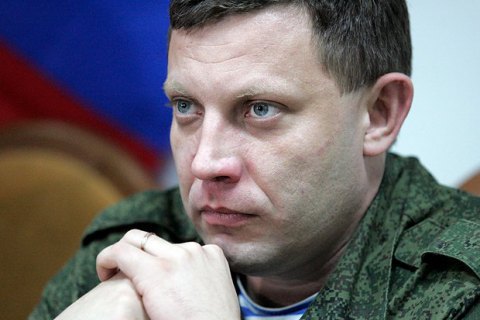 The leader of the terrorist organization "DPR" Oleksandr Zakharchenko said that he considers the death of Motorola in Donetsk a declaration of war on the part of Ukraine and threatened to organize terrorist attacks in "in Zhytomyr, Kharkiv, Kyiv, Dnipropetrovsk."

"Who did the killing? I now want to call on to the Ukrainian soldiers, the Security Service of Ukraine, the Main Intelligence Directorate. Dear friends, comrades, scum and scoundrels. Be afraid as you walk because for us this death, is not a normal call but a challenge to all of our republic. All officers, colonels and majors that operate in our territory, all of your agents and families today are now outlawed. Not only here, but also in Zhytomyr, Kharkiv, Kyiv, Dnipropetrovsk," Zakharchenko said on Monday, 17 October to representatives of local media in Donetsk.

The notorious warlord Arseniy "Motorola" Pavlov was blown up on October 16 in the lift of the Donetsk building, where he lived. The "DPR" immediately put the blame on a "Ukrainian subversive group."