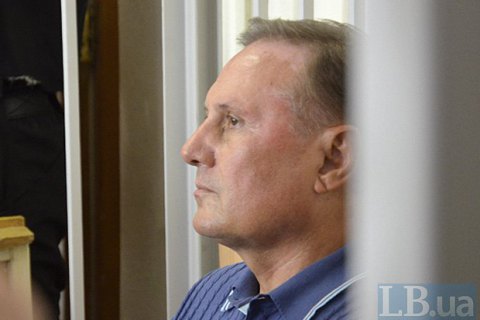 2) Aiding and abetting the seizure of the office of the Security Service of Ukraine directorate in Luhansk Region (Article 27 Part 5, Article 341 of the Criminal Code);

3) Taking deliberate efforts to change the territorial and state borders of Ukraine (Article 110 Part 3 of the Criminal Code);

4) Organizing and otherwise helping the establishment and operation of the terrorist organization "Luhansk people's republic" (Article 258-3 Part 1 of the Criminal Code);

5) High reason, meaning the actions committed by a Ukrainian national to the detriment of the sovereignty, territorial integrity and inviolability of Ukraine, in particular by helping a foreign organization and its representatives to carry out subversion in Ukraine (Article 111 Part 1 of the Criminal Code of Ukraine, punishable with an imprisonment from 10 to 15 years).

Yefremov has been kept in custody since 30 July. High treason was not initially on the list of charges pressed against him.