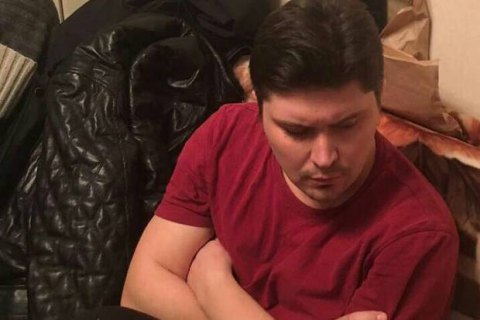 The director of the department of payment systems in the National Bank of Ukraine (NBU), Serhiy Shatskyy, was detained on 2 February for a bribe, the press service of the Prosecutor-General's Office said in a press release on Friday.

Law enforcers say the official demanded 35,000 dollars in a bribe for the registration of the payment system Platiservis, which took place on 24 January this year.

During the handover of the money, he was detained along with three mediators, one of whom is a citizen of Azerbaijan.

Shatskyy was indicted for bribery while the intermediaries are facing the charge of complicity in bribe-taking.

Prosecutors say Shatskyy will be arrested.

The system Platiservis is designed to carry out cash and non-cash transfers in the national currency from individuals in favour of natural persons and legal entities within Ukraine. The system's clearing bank is Accordbank.