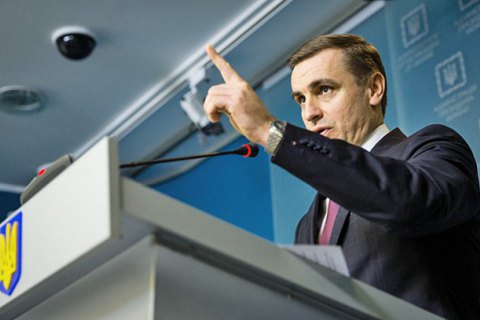 The Russian delegation is actually in isolation in the international arena over the Donbas issue, a deputy head of the presidential administration of Ukraine, Kostyantyn Yeliseyev, said on Friday, 3 February.

At a media briefing on the international response to the escalation of the situation in Donbas, Yeliseyev suggested that the international community should consider the deployment of an UN peacekeeping operation to eastern Ukraine.

"If Russia vetoes the decision, it will thereby reveal its true attitude towards the situation in Donbas," he said.

The official said that the key signal that Ukraine is sending to the international community is the call to "demonstrate resolve, unity and solidarity on the situation in Donbas."

Yeliseyev also called for "an immediate ceasefire [in Avdiyivka] and the start of the restoration of infrastructure" in the areas affected by the recent escalation in Donbas. He noted that the issue of sanctions against Russia should remain on the agenda, and the easing of the restrictions should be ruled out of question.

He stressed that the main partners of Ukraine in the international arena - the USA, Germany and France - explicitly support Ukraine's position "nothing about Ukraine without Ukraine."