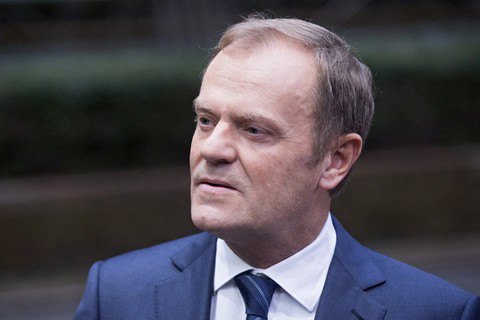 European Council President Donald Tusk has called on Russia to put pressure on militants in eastern Ukraine to make them stop attacks.

"Fighting in eastern Ukraine must stop now and ceasefire honoured. Russia should use its influence to disengage Russian-backed separatists," Tusk tweeted.

At a briefing in Brussels, Tusk stressed that heavy weapons should be withdrawn from the conflict zone and the OSCE Special Monitoring Mission must be given unrestricted access to the entire territory of the antiterrorist operation area, according to Rzeczpospolita.

Since 29 January, when the situation on the front line deteriorated, 10 Ukrainian military have been killed: four on 29 January, three on 30 January, one on 31 January and two on 1 February.

The hottest spot in the area is the city of Avdiyivka controlled by Ukrainian forces. The shelling left many residents without electricity, water and central heating at freezing temperatures.

Water supply and central heating were partially restored on 2 February.

Ukraine called on the Council of Europe to step up pressure on Russia.