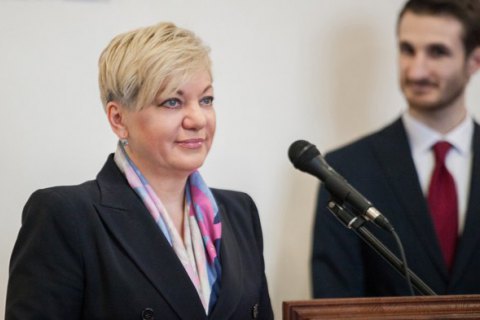 The National Bank of Ukraine (NBU) does not expect any major banks in Ukraine to go bankrupt, NBU governor Valeriya Hontareva said in an interview with Liga.net published on Thursday.

"We have 40 banks that in terms of aggregate assets account for 97 per cent of the nation's banking system. You have seen who did not survive in the top 20. The second 20 passed the test on 1 January 2017. Platinum and Fortuna Bank went belly-up. The latter, although it was in the second 20, was pretty small. Its shareholder made an effort to bail out the bank, paid the refinancing off to the NBU and is likely to meet its commitments to the Deposits Guarantee Fund, but failed to capitalize the bank," Hontareva said.

The assets of the rest of the banks account for 3 per cent of the system. How many of them go bankrupt is not critical for the market, she said.

Over the past three years dozens of Ukrainian banks have ceased to exist, including heavyweights like Delta Bank, VAB Bank, Brokbusinessbank, Nadra and Imexbank.

The largest Ukrainian bank Privat could only be saved from bankruptcy by nationalization.