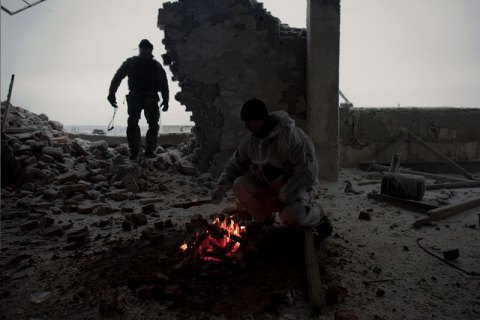 Over the past day, 2 February, the number of attacks in the zone of the antiterrorist operation (ATO) in Donbas has risen to 114. Four Ukrainian soldiers were killed and 17 were injured in combat, the ATO press centre said in its morning update on Facebook.

In the Donetsk sector, the occupation forces fired Grads in the direction of Avdiyivka, Pisky, Kamyanka and Opytne. During the day the enemy almost continuously fired with tanks, mortars of various calibres, grenade launchers and small arms. Hranitne and Luhanske were shelled with 122-mm artillery. The terrorists fired mortars of different calibers in the areas of Luhanske, Novhorodske, Troyitske, Maryinka, Verkhnyotoretske, Vodyane, and Pisky.

In the Luhansk sector, militants shelled Novozvanivka with 152-mm artillery and fired mortars on Krymske and Syze. Novozvanivka and Novooleksandrivka were attacked with rocket-propelled grenades and small arms.