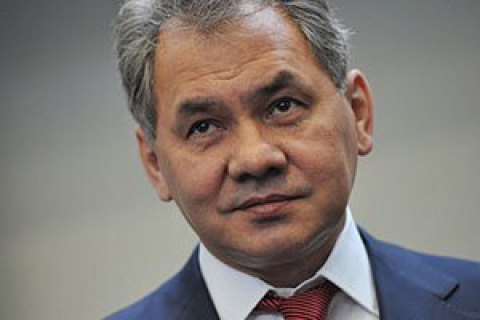 Russian Defence Minister Sergei Shoigu said when speaking in the State Duma on 22 February that Russian army will have information operations forces.

Responding to a lawmaker's comment about the need to re-establish a department engaged in counter-propaganda, the defence chief said that the newly created information operations forces are "far more efficient and stronger than the Soviet-era counter-propaganda department", he said as quoted by RBC.

The minister did not elaborate on the issue.

The first deputy chairman of the Defense and Security Committee of the Federation Council Franz Klintsevich told RBC that the recently created in Russia troops for information operations are considered "secret".

"There are experts who expose the [foreign] sabotage in electronic, print and television media," the senator said. Another task of such units is repealing of hacker attacks, he added.

RBC source in the State Duma said that a "structural unit in the Ministry of Defence is dealing with repealing of hacker attacks."

"It also deals with counter-propaganda both inside the country and abroad, on the Internet and in the media." The man expressed surprise that Shoigu disclosed that "confidential information".

In recent months, international media and politicians have repeatedly accused Russia of cyberattacks and spreading subversive false information, amounting to meddling into the domestic affairs of foreign countries and international organisations.

The EU has reported allocating additional 800 thousand euros to counteract Russia's attempts to influence the elections in Europe by misinformation and propaganda.

On January 6, the US intelligence agencies published a report exposing Russia as trying to influence the elections in the United States with the help of cyberattacks. Intelligence agencies have claimed that the intervention in the US election campaign was sanctioned personally by Russian President Vladimir Putin.