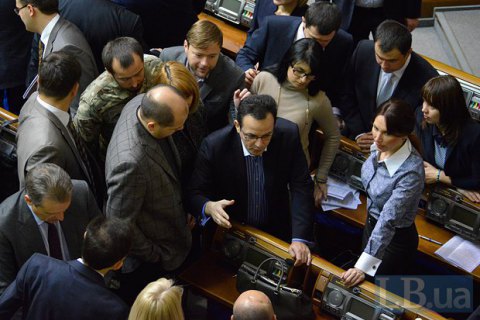 The members of the Self-Help faction in the Verkhovna Rada on Thursday will go to Donbas to join the participants of the blockade railway tracks crossing the frontline.

"Today, right away, most of the Self-Help lawmakers will go to stand shoulder to shoulder with our guys in the east and show that trade on the blood makes Ukrainian state a colony - politically, economically and socially," the head of the faction Oleh Berezyuk announced from the rostrum of parliament on 23 February.

A number of Self-Help lawmakers, including Semen Semenchnko and Yegor Sobolev, are the organizers of the blocking of railway lines that link mainland Ukraine with the occupied territories of Donbass.

The trade blockade has resulted in the stoppage of deliveries of anthracite coal, on which a half of Ukrainian thermal power plants operate. Ukraine has declared a state of emergency in power system

The international partners of Ukraine have urged to stop coal supply blockade from the occupied territories of Donbas.