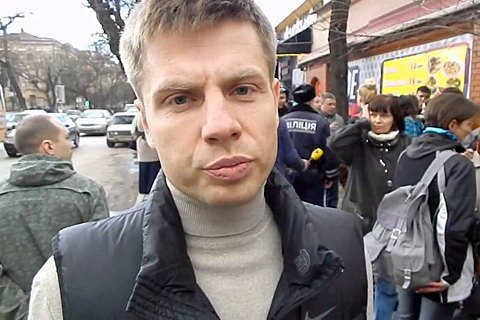 He was planned to abducted and mutilated by the father of an anti-Maidan activist Henadiy Kushnarev, who died in the tragic accident in the Odessa House of Trade Unions on 2 May, 2014.

"Kushnarev's father is a councilman of the Liman district council, Odessa Region. He has not just contracted the abduction of the people's deputy but intended personally along with two accomplices seize and mutilate Honcharenko," the prosecutor told a briefing in Odessa.

Zhuchenko said that the crime was prevented by the timely intervention of the Security Service of Ukraine. All three suspects in the attempted attack on Honcharenko were arrested in the course of a special operation on 23 February.

He said Honcharenko was giving evidence as a victim.

After the first victims, pro-Ukrainian activists chased the opponents to their tent town. Most of the people died as fire broke out in the nearby House of Trade Unions.

One the killed was Gennady Kushnarev, the son of an army officer from Chelyabinsk. He was one of the commanders of the Antimaidan armed wing - Odessa Squads.