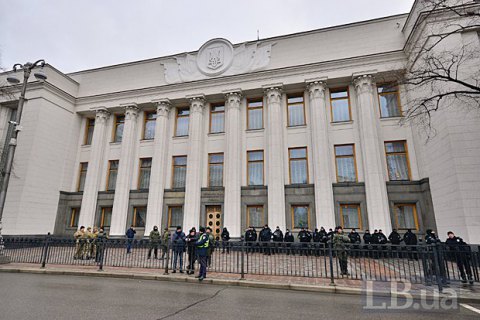 The Verkhovna Rada on 23 February adopted in the first reading a bill that provides more opportunities for the investigation in terms of in absentia conviction of the former president and his entourage.

Prosecutor-General Yuriy Lutsenko, who attended the session of the parliament, said the bill will allow submitting to courts over a hundred of criminal proceedings against former President Viktor Yanukovych and the members of his entourage.

"The main objective of this law is to add to the reasons of an in absentia conviction the Article 255 'The creation of a criminal organization'. The absence of norm is making it impossible bringing to justice for economic and military crimes," said the chief prosecutor.

He went on to say that the new legislation will close some other loopholes allowing former high-place corrupt officials to avoid justice.

"It will be force until the creation of the National Bureau of Investigation, which I understand is unlikely to be created before the end of the year," he said.

The novelty will also allow suspected of involvement in terrorist or criminal organization to make deals with the investigation, and extends the maximum pre-trial investigation from 12 to 18 months.

Meanwhile, many MPs have raised concerns that the bill returns Soviet repressive provisions of the Criminal Procedure Code.

The leader of the Radical Party, Oleh Lyashko, said he feared the bill would give "Stalinist" powers to the prosecuting authorities and branded the move as a "step toward the usurpation of power".