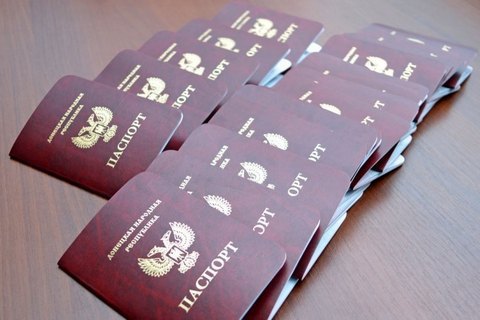 Moscow may reconsider its decision on the official recognition of documents issued to Ukrainian citizens by the terrorist organizations "DPR" and "LPR", Russia's permanent representative to the OSCE Alexandr Lukashevich told a meeting of the OSCE Permanent Council in Vienna in Wednesday, 17 March.

According to Lukashevich, this can happen after Ukraine fulfils the Minsk agreements, including "the cancellation of the punitive operation and the withdrawal of weapons, implementation of the constitutional reform with the provision of the special status to Donbas, recognition of local elections and […] full restoration of socio-economic relations."

He warned about "serious negative consequences" of the NSDC decision on the suspension of transport communication with the occupied Donbas.

Lukashevich expressed concern over Kyiv's "tightening of the language policy" and infringement of the national minorities' rights.

The breakaway Donbas republics started issuing own "passports" in 2015. As of January 2017, of the 4 million people living in the occupied territory of Donetsk Region, about 40,000 people have obtained "DPR passports".

In early February, the Russian agency RBC reported that the holders of such "passports" can safely buy train tickets and book hotel rooms in the territory of the Russian Federation. The sources in the State Duma and diplomatic circles claimed fact that "DPR" and "LPR" residents could cross the border with Russia and fly domestic flights on such passports.

On February 18, the Russian Federation officially recognized the passports of the "DPR" and "LPR".