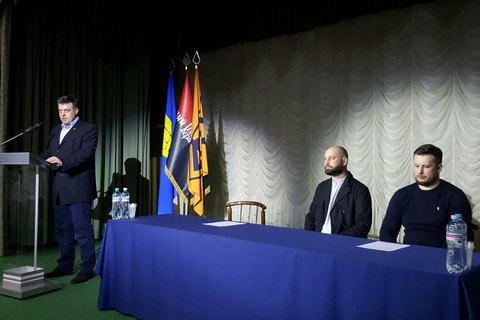 "This is a historic moment, we are not just coordinating ourselves, but join efforts," Tyahnybok told reporters.

Biletsky said that the nationalists embark on a "crusade against government."

The document states, inter alia, that Ukraine should direct efforts to create a "Baltic-Black Sea Union", recover the nuclear status, sever diplomatic relations with Russia, and allow citizens to own firearms.