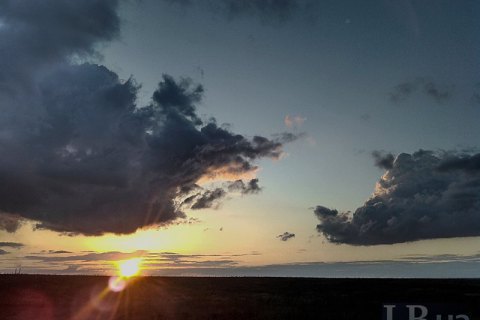 Three Ukrainian servicemen were wounded in Donbas as a result of 54 shooting attacks by pro-Russian militants on 12 May, the antiterrorist (ATO) HQ said in its morning update on Facebook.

The Ukrainian side of the Joint Centre for Control and Coordination said that a resident of Chermalyk was wounded last night. She was taken to hospital with a "gunshot to the left calf".

In the maritime (Mariupol) sector, the militants fired on ATO forces' strongpoints near Shyrokyne, Vodyane, Pavlopil, Hranitne, Hnutove, Chermalyk and Novotroyitske. Militants mostly used small arms, heavy machine guns and grenade launchers of various systems. Snipers were active in the area. The ATO positions near Shyrokyne and strongpoints near Maryinka and Krasnohorivka came under fire from 82-mm mortars and infantry fighting vehicles. The militants used 122-mm artillery near Talakivka.

In the Donetsk sector, the militants used 82-mm and 120-mm mortars to target the ATO forces' positions near Novoluhanske and Luhanske, 82-mm mortars near Avdiyivka and Kamyanka. These positions as well as strongpoints near Pisky, Verkhnyotoretske and Novhorodske came under fire from grenade launchers, heavy machine guns and small arms.

Two Ukrainian troops were killed and six wounded in Donbas on 11 May.