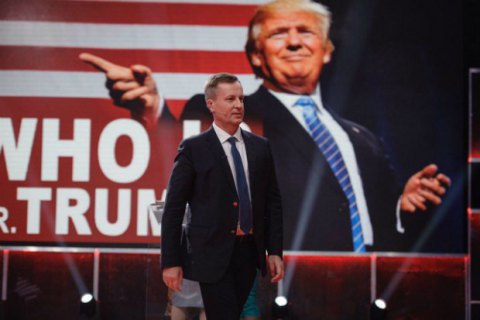 Ukraine should rely on the support of Ukrainian organizations in the US, the leader of the movement Justice Valentyn Nalyvaychenko said on 16 May on ZIK.ua TV channel.

"We have many allies in America. Ukrainian Congress Committee of America, Ukrainian Caucus, other Ukrainian organizations established by Ukrainian diaspora. We need to thank them and use this toolkit for the benefit of Ukraine," Nalyvaychenko stressed.

He believes that these organizations can help resolve important Ukrainian-American issues.

Among the priorities of Ukrainian-American relations, the leader of the Justice also mentioned the importance of bipartisan support for the Resolution No. 100.

"What is important about this resolution is that Crimea is an integral part of Ukraine. The Russian aggression must be stopped and the aggressor's forces withdrawn from the territory of Ukraine. Let's remember and thank Senator John McCain, Congressman Marcy Kaptur, Senator Rob Portman who all have supported the bipartisan resolution," Nalyvaichenko stressed.