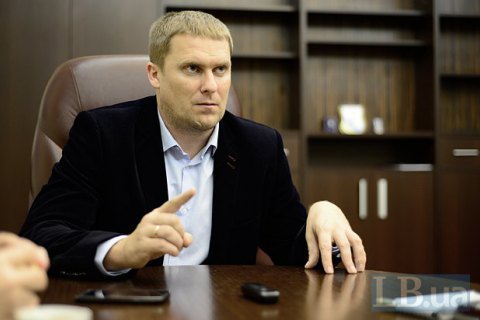 Deputy Interior Minister of Ukraine Vadym Troyan confirmed the version earlier stated by Interior Minister Arsen Avakov about the Russian lead in the resonant murder of journalist Pavel Sheremet. "This is a key version and most of the evidence point in that direction," Troyan told Sonya Koshkina on the talk show The Left Bank on 16 May.

He went on to say that should Russia's involvement in the murder of Sheremet finds confirmation, the investigation will consider the journalist's professional activity as a motive for the crime.

"Because Sheremet was in opposition to the Russian president and even the Belarusian, that is, such things will not be ruled out," the deputy minister added.

Vadym Troyan said that the Security Service of Ukraine from the outset declined to play the lead role in the probe into the murder of Sheremet, despite that it was "clearly, their zone of responsibility".

In fact, the absence of coordination between the police and the SBU has seriously complicated the course of the probe, the deputy minister remarked.

When asked to comment on the actions of the SBU, which has seized all CCTV footage from the scene, and returned the servers to the owners with all the footage erased, Troyan, who supervised the investigation, admitted that such things did happen with the police as well. He declined to elaborate and advised contacting the SBU "because it was their competence".

Pavel Sheremet was killed on the morning of 20 July, 2016 in a car explosion in the center of Kyiv. The car belonged to the chief of the Internet publication Ukrainska Pravda Olena Prytula, who was not in the car. The police qualified the explosion as a deliberate murder. Almost immediately after the murder, a video of the alleged bomb planting under the bottom of Sheremet's car was posted to the net.

In early May, OCCRP journalists and the investigative portal Slidstvo.Info posted video footage that indicates that Ihor Ustymenko, an SBU officer until 2014, was seen near the house of Sheremet at night, when a bomb was planted in the journalist's car.

Ustymenko declined to comment on his SBU past, and failed to explain what he was doing near Sheremet's house in the night before the murder.

On 14 May, President Petro Poroshenko said the National Police had summoned Ustymenko for questioning.