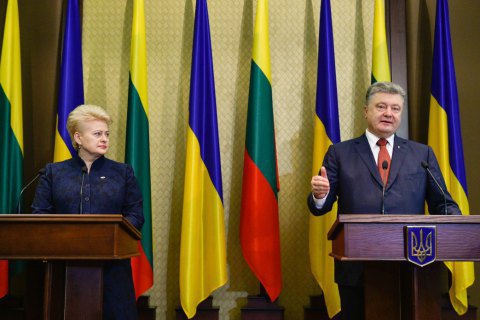 President Petro Poroshenko said that the blocking by Russia of the decision of the UN Security Council to set an International Tribunal to investigate the terrorist attack on the Malaysian Boeing MN17 actually confirms its involvement in this crime.

"Russia is blocking the creation of a tribunal, which is de facto a plea of guilty," presidential press office cited Petro Poroshenko as saying during a joint briefing with Lithuanian President Dalia Grybauskaite in Kharkiv on Friday.

Poroshenko also noted that in the last few days an "extremely important information directly indicating the involvement of the Russian Federation's in this terrorist attack appeared.

Previously, the Federation Council speaker Valentina Matvienko said that the creation of an international tribunal for the MN17 can be regarded as "an attempt to interfere in Russia's internal affairs."

Russia as a permanent member of the UN Security Council can block any decision of this organization. The RF took advantage of this power in July 2015 by vetoing the creation of a tribunal for the Boeing takedown.